George La Fayette Crenshaw (1855-1937) was a banker from Lamar, MO who bought 15 acres southwest of Pico and Wilton in 1902 while he and his wife Virginia were visiting their daughter in Los Angeles. Two years later, he opened the Crenshaw Heights tract on that very site. Crenshaw Blvd. was named in 1905, shortly after the Crenshaws moved to L.A. permanently – and presumably after George had picked up more land closer to his namesake street (which originally just ran north from Washington; much of present-day Crenshaw Blvd. was called Angeles Mesa Drive until 1930). The Crenshaws and their three adult children lived on Wilton until 1918, when they moved into another of George’s Mid-City tracts: La Fayette Square. George’s heavy drinking led Virginia to divorce him in 1936; both died the following year. Decades later, in 2003, city councilman Nate Holden proposed to rename Crenshaw Blvd. after the late L.A. mayor Tom Bradley, arguing that Bradley, who was black, was a more appropriate namesake for this historically black thoroughfare than George L. Crenshaw, whose old tracts were whites-only. But City Council was deadlocked and Crenshaw kept its name. 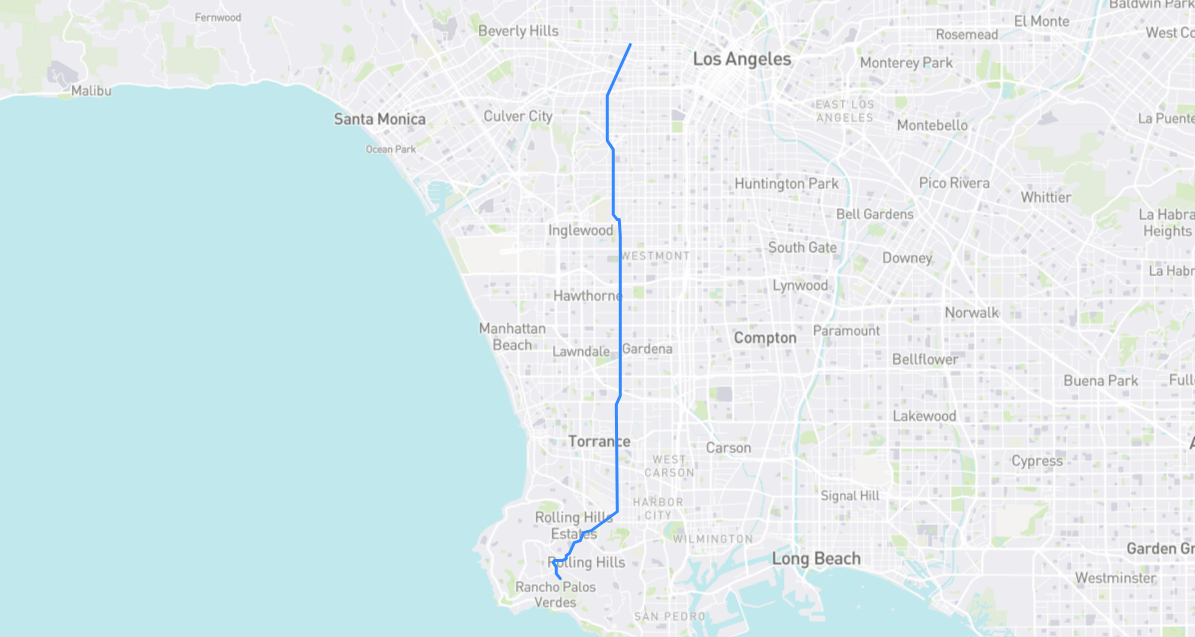