No relation to the namesake(s) of Stocker Street in Baldwin Hills. This street, named by Glendale kingpin L.C. Brand in 1904, honors Brand’s sister Ada Brand Stocker (1864-1952) and her then-husband Howard Justis “H.J.” Stocker (1861-1940), a civil engineer originally from La Porte, Indiana. (That was also Lucky Baldwin‘s hometown; coincidentally or not, Stocker surveyed a Covina tract for Baldwin in 1907.) Stocker met Ada Brand in Missouri and married her there in 1886. They joined Ada’s brother in Los Angeles the following year. At some point before 1910, H.J. – who in an unrelated 1907 court case was described as “not a nice man” – left Ada for another woman; he would then live in Gresham, OR for many years. Ada remained with her daughter Helen Andrews for the rest of her life and always identified herself as “married”, not “divorced”, on census forms. 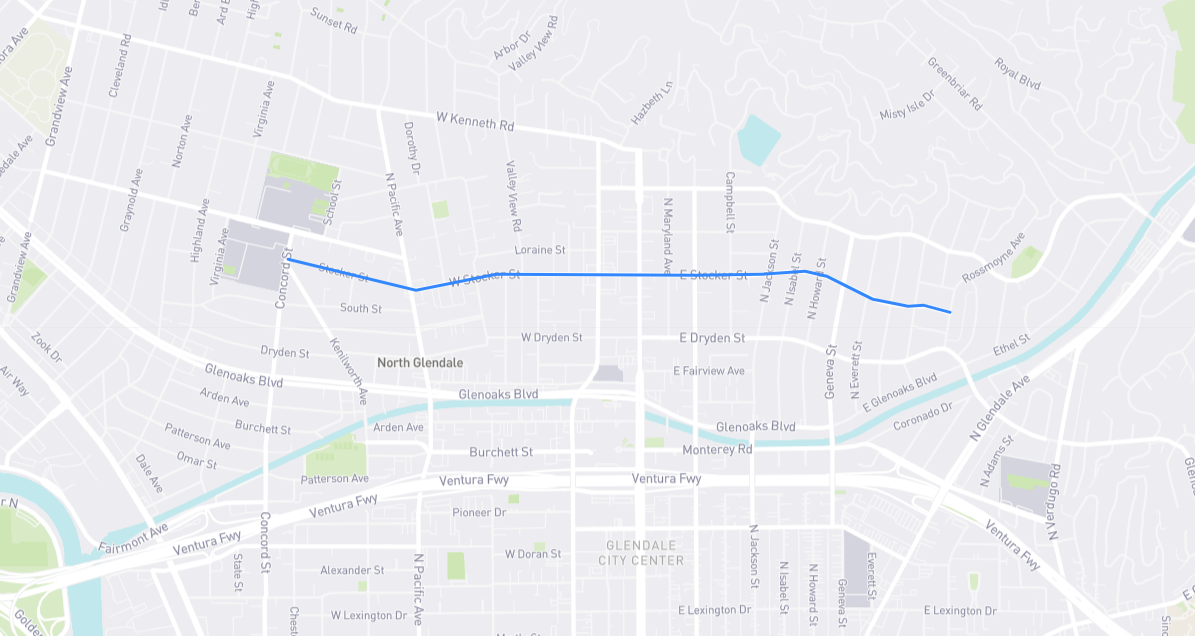