Clara Baldwin Stocker (1847-1929) was the oldest of Elias J. “Lucky” Baldwin‘s two daughters. (See Santa Clara Street in Arcadia for her early life; see Anoakia Lane for half-sister Anita.) Lucky Baldwin purchased this land, the former Rancho La Ciénega o Paso de la Tijera, in 1875, thus putting the “Baldwin” in Baldwin Hills. As for the “Stocker” in Stocker Street, it came from Clara’s fourth and final husband: light opera singer Harry Randolph Stocker (1857-1918), whom she married in 1882. Harry, a Philadelphia native whose stage name was Stuart Harold, got into some trouble in 1900 when he shot a police officer in a San Francisco concert hall, but the officer mysteriously “disappeared” and the charges were dropped. Lucky Baldwin died in 1909; four years later, after his estate was settled, his daughters inherited $20 million, including some 4,000 acres of oil-rich Baldwin Hills land. (Lucky indeed!) In 1927, Clara sold 231 acres to developer Walter H. Leimert for a cool $2 million. While laying out Leimert Park, he named Stocker Place and Stocker Plaza in her honor; Stocker Street branched out from there by 1929. 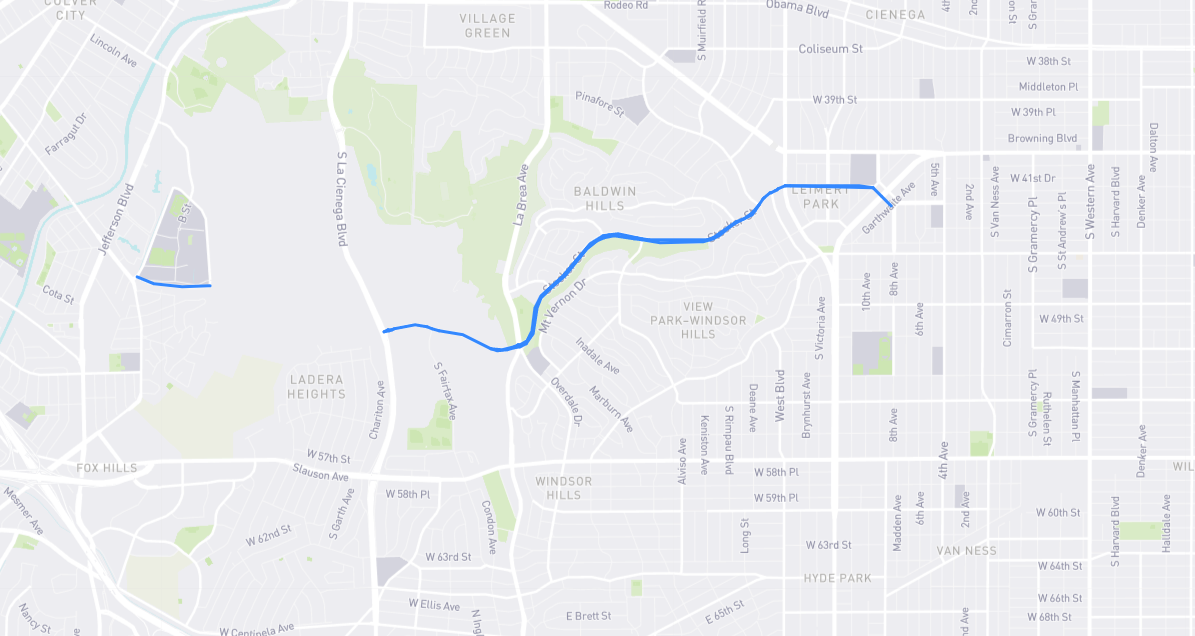