Named not for a house of worship but for Jonathan Temple (1796-1866), a Massachusetts tradesman who came to El Pueblo de los Angeles in 1828 and opened the city’s first general store. One of L.A.’s first American settlers, Temple (who, pre-California statehood, had to become a Mexican citizen and change his name to “Juan”) was a driving force in the young city. His Temple Block buildings essentially created today’s DTLA. Another influential Temple was Jonathan’s half-brother Francisco Pliny Fisk Temple (1822-1880). (As with “Juan”, the “Francisco” came with Mexican citizenship.) F.P.F. Temple showed up in L.A. in 1841. Never having met Jonathan before, he worked in his store for eight years. But F.P.F.’s real legacy is his land-grabbing exploits with father-in-law William Workman: he would become a major stakeholder in railroads, banking, water, cattle, town-building, and much more. The Temple and Workman families would see their fortunes rise and fall together. (F.P.F.’s son Walter founded Temple City in 1923.) At any rate, DTLA’s Temple Street was christened in 1859. Long Beach’s Temple Avenue was named much later; it was originally Naranja Avenue, after the Spanish word for orange. 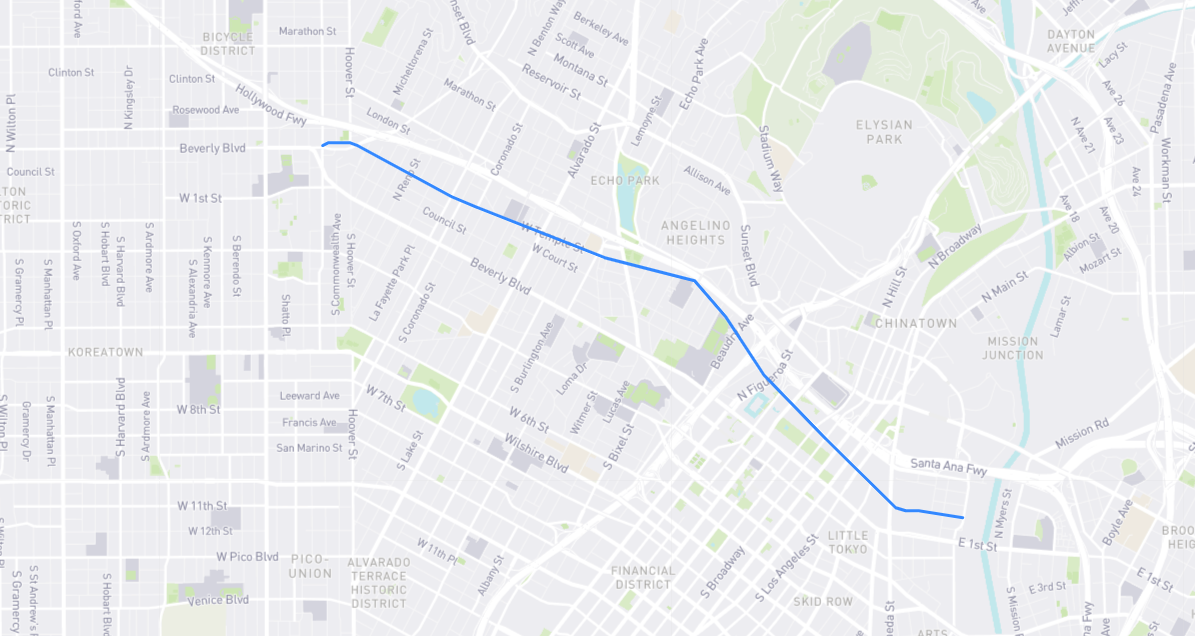