Alhambra’s first five streets, laid out in 1874, were given names related to the city’s namesake palace/fortress in Granada, Spain. (See Main Street for more.) One of those first five is Vega Street. It’s named for the “glorious”, “luxurious” plain – vega in Spanish – surrounding Granada. That’s how Washington Irving described the landscape when he wrote Tales of the Alhambra, the 1832 work that inspired the founders of our own Alhambra. 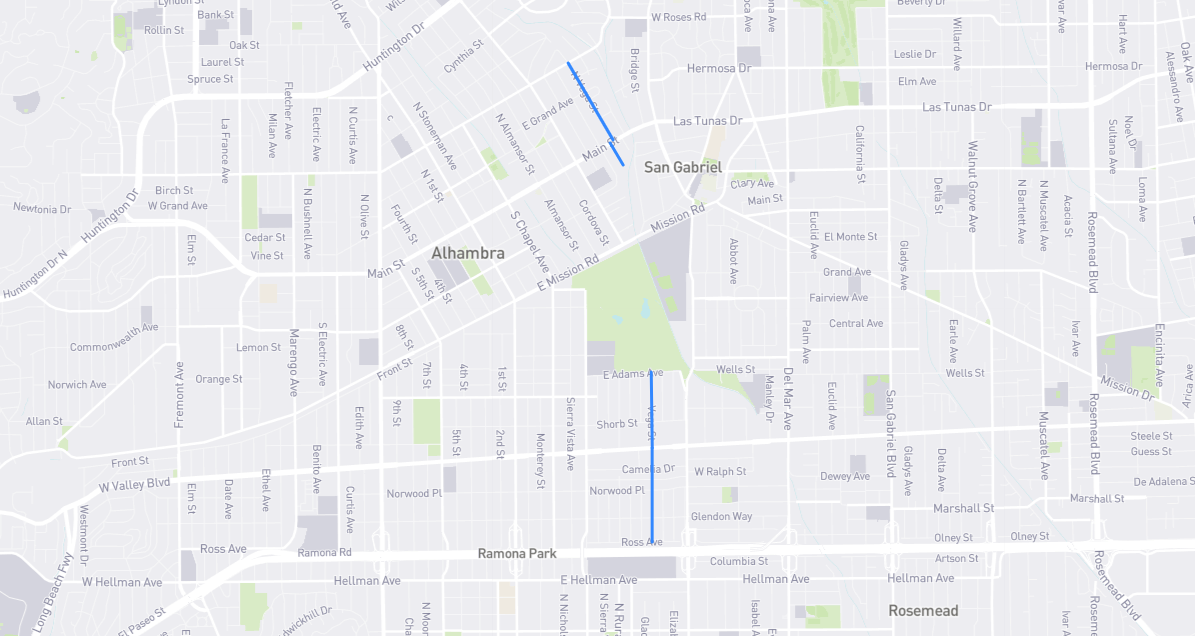