Named in 1950 as a good-natured joke. Since this street intersected with Yolanda Avenue (christened back in 1917), someone – presumably landowners Max and Birdie Brown – decided to reference the popular ballroom dance team of Veloz and Yolanda. Frank Nicholas Veloz (1906-1981) and Yolanda Casazza (1908-1995) had been dancing together since they were teenagers in New York. They turned professional in 1927 and soon became Broadway stars, marrying in 1933. Here in L.A., Veloz and Yolanda first appeared at the Cocoanut Grove in 1934. Hollywood came calling, and Veloz and Yolanda performed in the 1942 classic Pride of the Yankees, among other movies. (It’s also claimed that they established the legendary Tail O’ the Pup hot dog stand, but I’ve found no proof of that.) By the time this street was named, Yolanda had retired from dancing and Veloz was hosting his own TV show. They divorced in 1963. 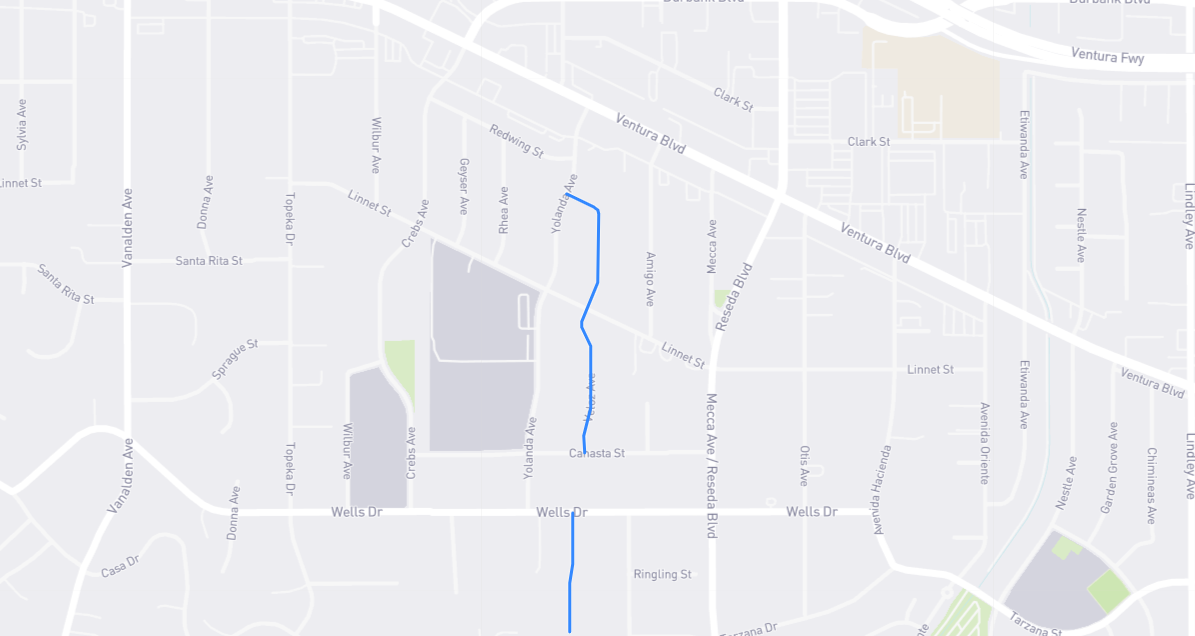