Yes, Tarzana is named after Tarzan of the Apes, the character created by Edgar Rice Burroughs in 1912. Burroughs (1875-1950) was a failed Chicago businessman who turned to writing in 1911. Within three years he was a bestselling author, thanks to Tarzan and his other signature hero, John Carter of Mars. In early 1919, unable to resist the lure of sunshine and showbiz, Burroughs came to L.A., bought the late Harrison Gray Otis‘s 550 acre ranch “Milflores”, and rechristened it “Tarzana”. 1923 was a landmark year: Burroughs incorporated himself so he could control all rights to Tarzan (even the yell) and began subdividing his ranch into residential and retail properties; it’s also when Tarzana Drive was named. Burroughs left Tarzana during WWII to work as a war correspondent in the South Pacific; when he returned, he settled in nearby Encino – not on Tarzana Street, but on Zelzah. Burroughs set up an office at 18354 Ventura Blvd. in 1927. His company is still headquartered there: after Burroughs died, his ashes were buried under a tree in front of the building. 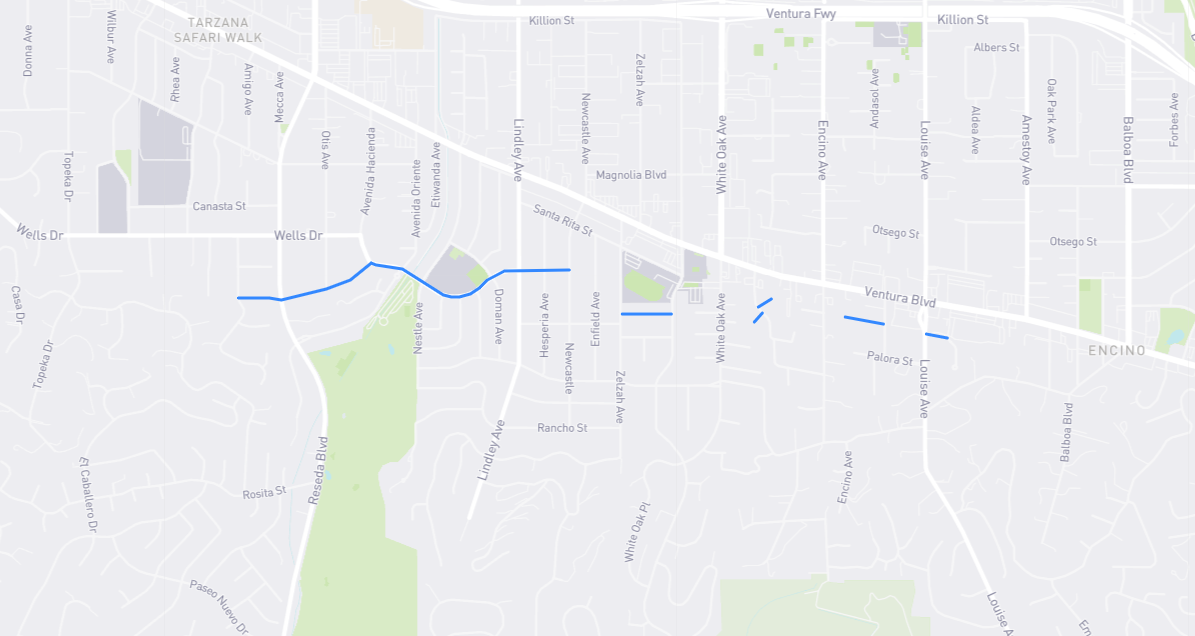