The city of Wilmington – annexed by Los Angeles in 1909 – was named by Phineas Banning (1830-1885) as a tribute to his hometown of Wilmington, Delaware. Banning had worked for years on turning the muddy nearby harbor into a viable port and was calling his development “New San Pedro” by 1858. Perhaps to avoid confusion with regular old San Pedro, he had the city officially renamed Wilmington in March 1863. (It was CA state assembly member John A. Watson who actually introduced the bill to change the city’s name.) Wilmington Avenue was named in 1877. Things were more complicated with Wilmington Boulevard: originally located where Lecouvreur Avenue sits today, it was moved to its current position in 1915, taking over the former I Street – and I Street was moved somewhere else! 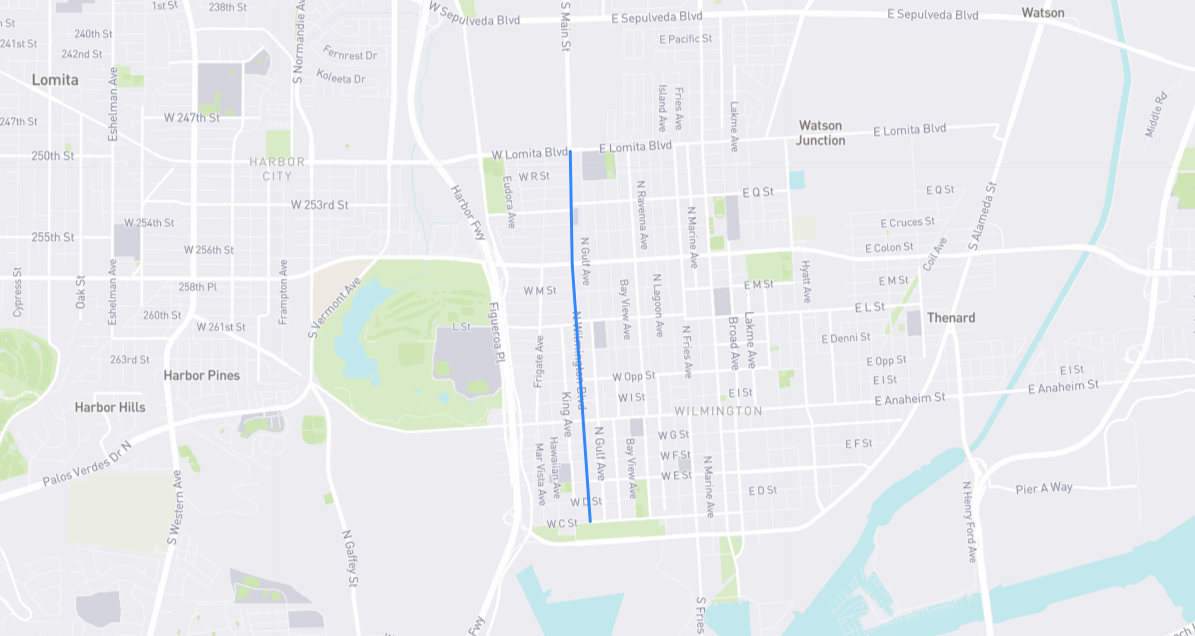