The faux-ancient “MT. OLYMPUS” sign on Laurel Canyon welcomes you to Mount Olympus, the 1963 vision of Russ Vincent, né Rosario Castagna (1918-2001), a Baltimore native who changed his name after WWII when he came to Hollywood to be an actor. Vincent’s movie career never amounted to much, so he turned to real estate and was selling houses by 1959. Four years later, he and partner Al Hess started laying out the streets of the 300 acre Mount Olympus tract – streets they named after mythical Greek figures: Apollo, Electra, Hercules, Oceanus, etc. (The land itself, which had heretofore miraculously escaped development, was owned by the sinister-sounding Financial Federation Inc., run by Edward L. Johnson.) In 1971, Vincent gave his showbiz dreams one last go by writing, directing, producing, and starring in an exploitation flick called How’s Your Love Life? 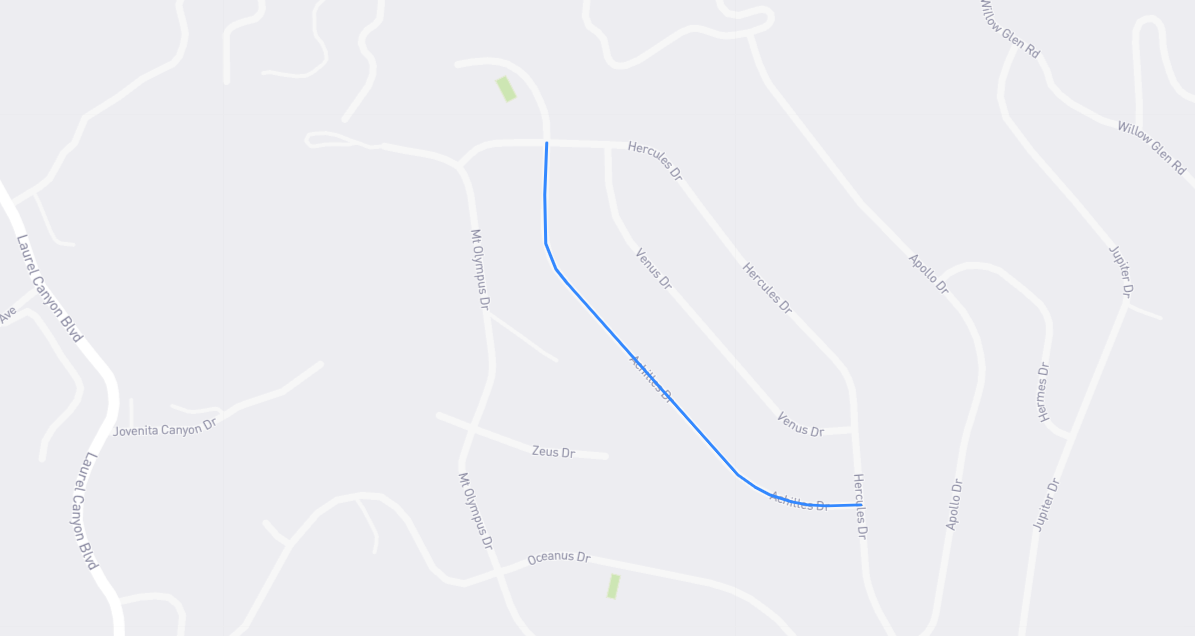