Laurel Canyon takes its name from the California bay laurel, which presumably grew wild here; the canyon may have been named before English speakers even came to the Southland, since laurel means the same in Spanish. (The earliest reference I found was in 1874, so no, it wasn’t named after Stan Laurel!) As for Laurel Canyon Boulevard, in 1883 it was barely more than a dirt path, alternatively called Laurel Cañon Road and Shaw Road, after an eccentric canyon dweller – the first of many – named Frederick M. Shaw. It earned its “boulevard” status in 1908 and soon became a sort of tourist trap, with “trackless trolleys” hauling day trippers up to Lookout Mountain, where predatory real estate agents awaited. The boulevard officially reached the San Fernando Valley in 1909; however, its long flat northern section was called Pacoima Avenue until 1929. (See Pacoima Court for some background on the “Pacoima” name.) Why the change? Maybe folks just knew, even in 1929, that Laurel Canyon was a sexier address than Pacoima. 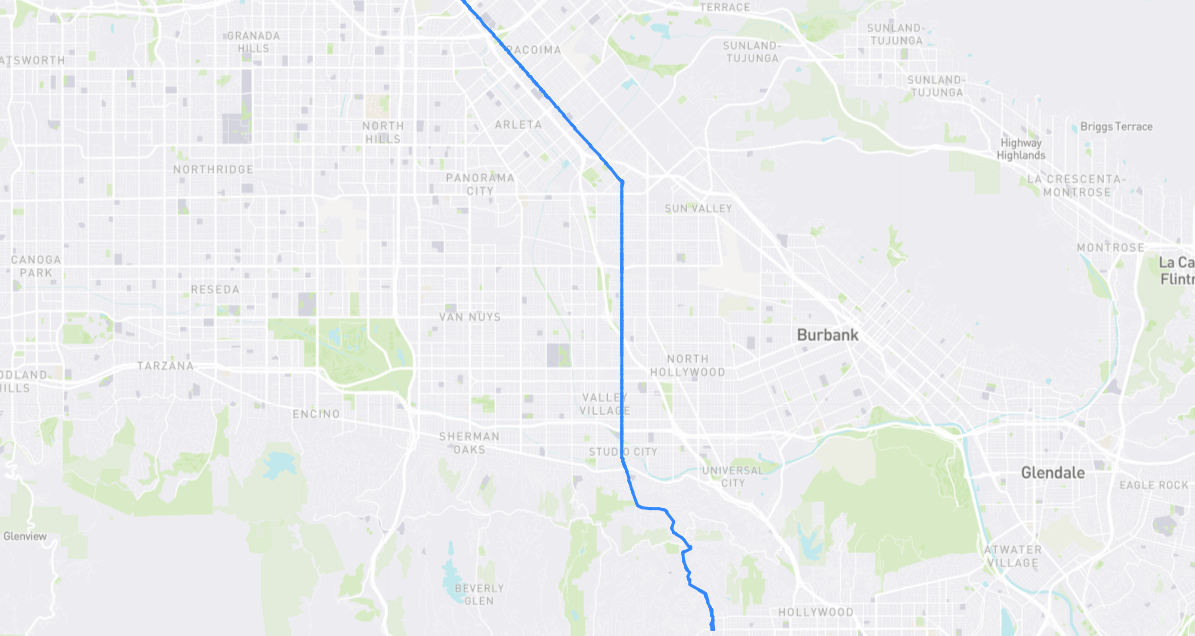