Washington, Adams, and Jefferson boulevards are, of course, named after the first three presidents of the United States. City planners may have established the names as early as 1853 (the oldest reference I found to Washington – then “Street”, not “Boulevard” – was in an 1860 newspaper), but the roads sat empty until the late 1860s, as young Los Angeles didn’t expand as rapidly as some had hoped. Anyway, if you’re wondering why this presidential motorcade concludes with Jefferson, in fact more POTUS-inspired streets were intended: an 1871 “wishful thinking” map included Madison Street, Monroe Street, the awkwardly-named John Quincy Adams Street, and Jackson Street. But since L.A. city limits ended just south of Jefferson, and civic leaders couldn’t name anything beyond that, those additional four streets never materialized. 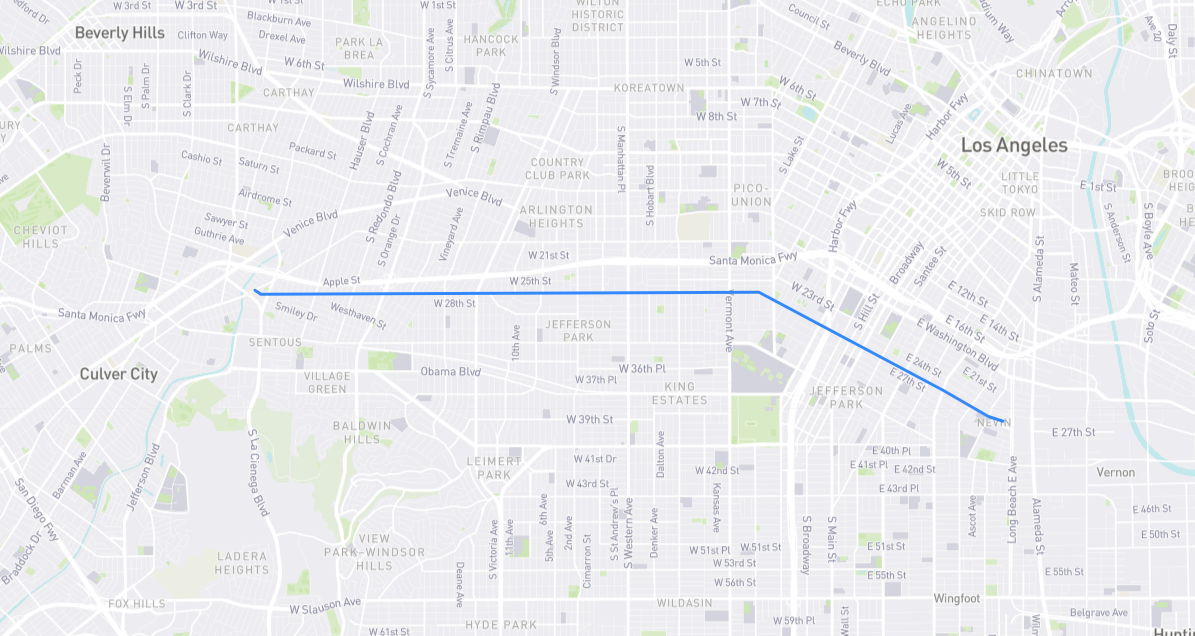