The life of Rolland Joseph “Speedy” Curtis (1922-1979) was brief but sweeping. A Louisiana native, Curtis fought in WWII as one of the first black men in the Marines. He married Gloria Saulney (1926-2018) in 1946 and the two immediately left segregated New Orleans for better opportunities in Los Angeles. Here Curtis joined the LAPD and reportedly went on patrol with future mayor Tom Bradley. He left the force to enter USC in 1950; at the ripe old age of 28, he joined the school’s varsity football team. After earning his bachelor’s and master’s degrees, Curtis got into local politics, serving as field deputy to then-councilman Bradley, then to Billy G. Mills. Curtis’s own bids for City Council were unsuccessful, but he remained a civic booster until the end; thousands of his photos of black L.A. life are now with Central Library. (Gloria Curtis was no slouch either: a supervisor at LAUSD’s Office of Urban Affairs, she was the first to include the achievements of nonwhite Americans in the district’s history books.) Sadly, “Speedy” was murdered in his own home by a burglar. A portion of W. 38th Place, where he lived, was renamed in his memory in 1981. 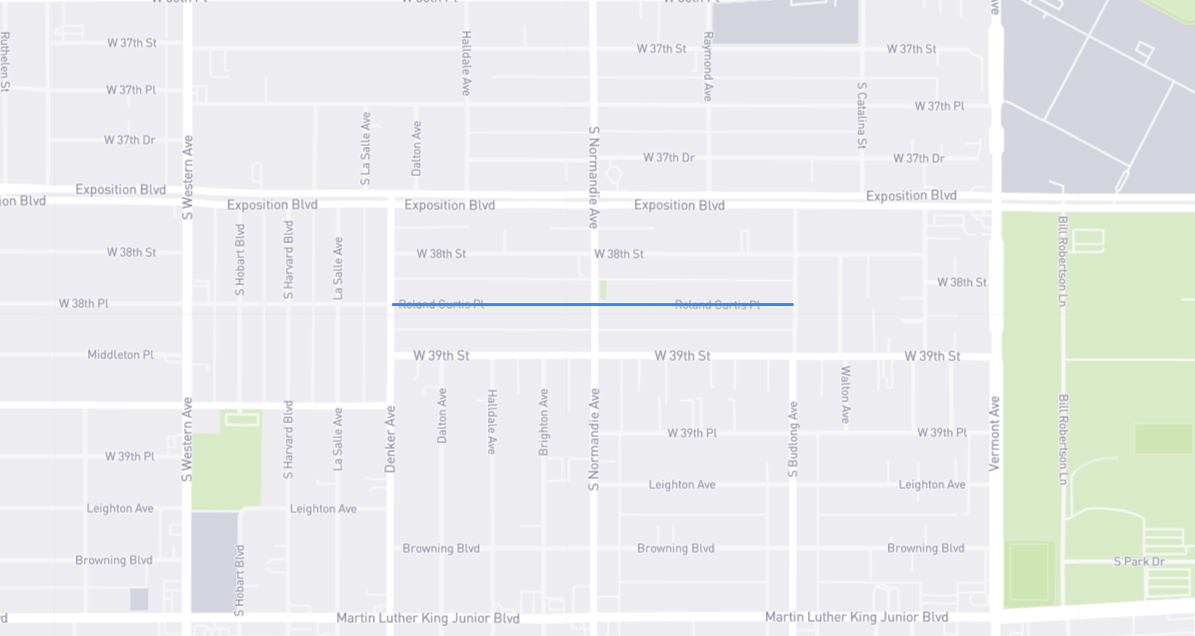