A latecomer amongst Alhambra’s Moorish-themed roads, Alahmar Street – called Alahmar Terrace in San Gabriel – was named around 1940. It’s derived from Muhammad al-Ahmar (c. 1195-1273), the first Sultan of Granada. (al-Ahmar is Arabic for “the Red”, so this is effectively “Red Street”). In 1238, the sultan took a nondescript fortress and began transforming it into the legendary Alhambra, hence the connection to our own humble Alhambra here in L.A. County. See Main Street, formerly Boabdil Avenue, for more Alhambra-inspired names. 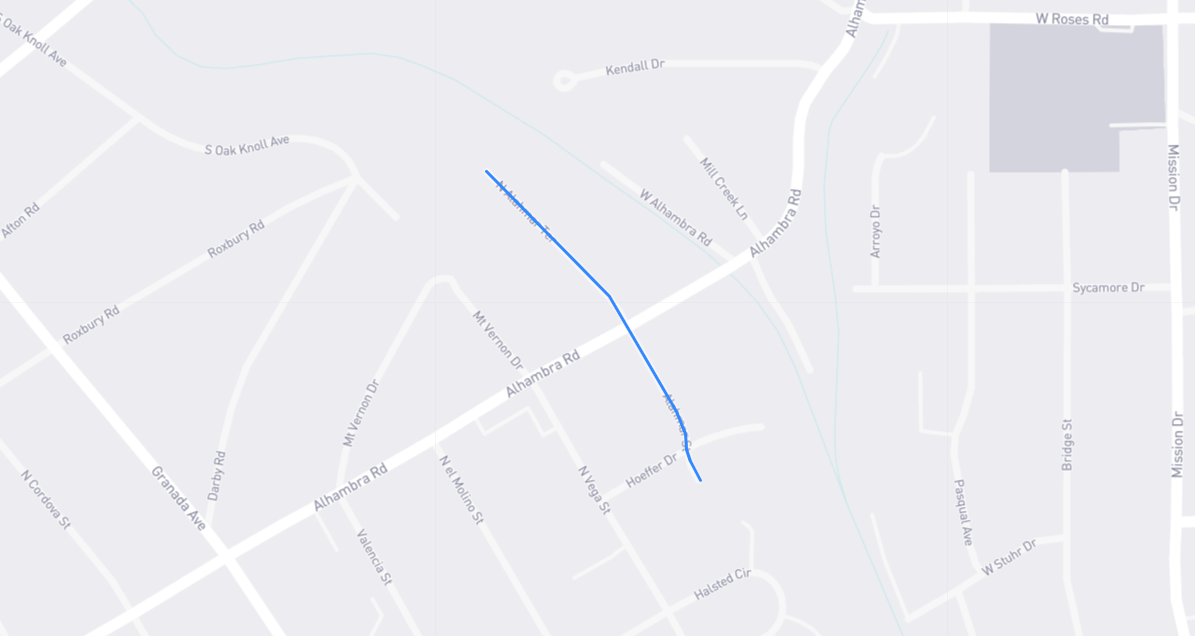