Spinetta Marengo, a town in Italy’s Piedmont region, was put on the map in 1800 by the Battle of Marengo, in which Napoleon Bonaparte trounced the Austrian army. This battle popularized the Marengo name, which would adorn communities across America. South Pasadena itself was built on the site of an old ranch called Marengo, which may have been named in 1869 by its foreman Henry Brevard Davidson, a former Confederate general. At the time Marengo Avenue was laid out, in 1877, the ranch was owned by Henry D. Bacon (1817-1893) and nearby Raymond Hill was known as Bacon Hill. (Bacon himself was based in Oakland, but his son Frank lived down here and ran the ranch.) Bacon was remembered for running St. Louis’s Page & Bacon bank – then running it into the ground. When it collapsed in 1855, the failure of its San Francisco branch nearly drove Fog City to ruin. Peepshow postscript: Bacon’s great-granddaughter Faith Bacon (1910-1956) was a legendary burlesque dancer. 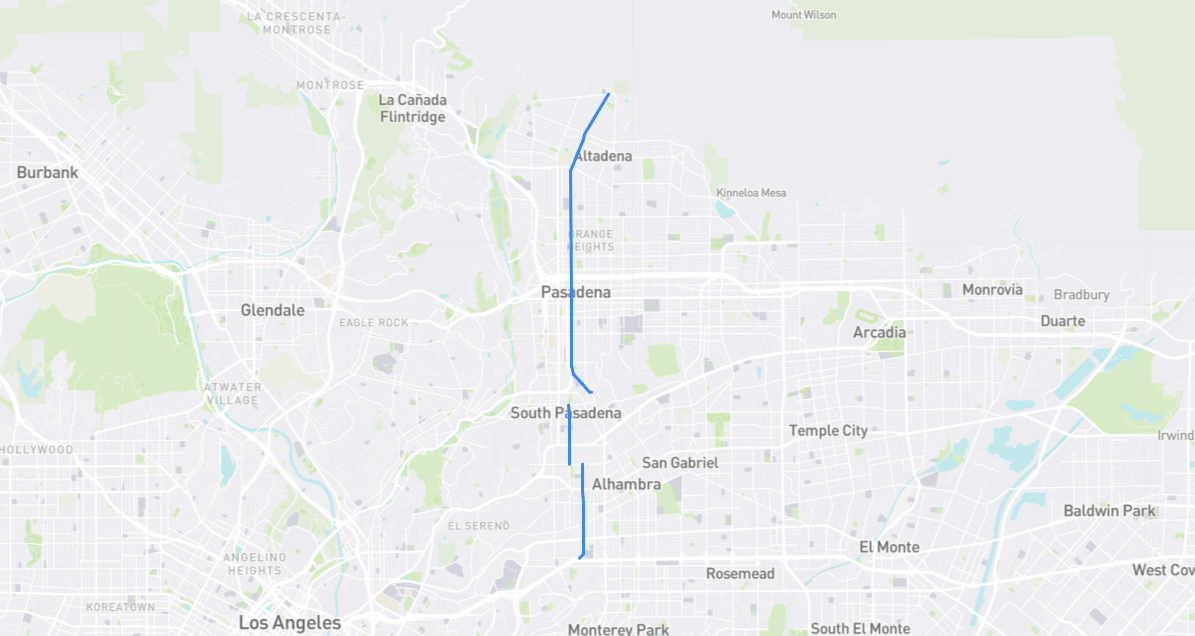