Named for Jacob Albright (1759-1808), a German American evangelist. Albright converted to Methodism in his early 30s, but as the Methodists did not allow him to preach in German to Pennsylvania’s many German-speaking communities, he formed his own denomination (“Albright’s People”) in 1798, which became known as the Evangelical Association after his death. In 1968, it was reformed as the United Methodist Church. This neighborhood has mostly alphabetical streets (except for “J”) that are mostly named for notable Methodists, as Pacific Palisades founder Charles H. Scott was a Methodist pastor himself. 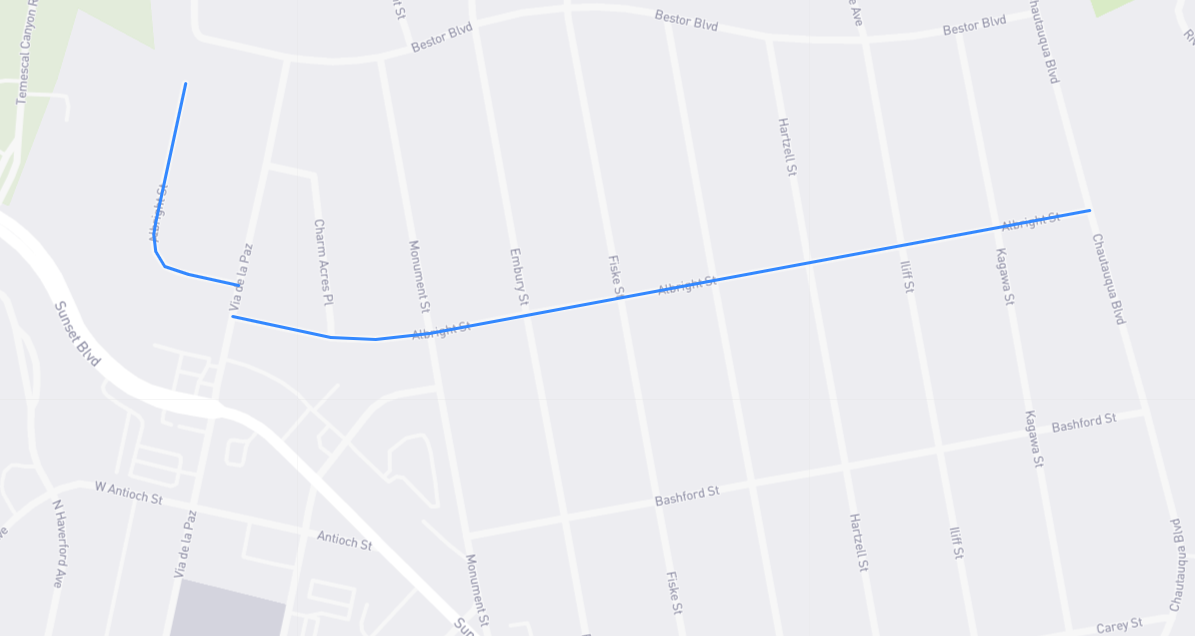