The word Topanga is Kizh (a.k.a. Tongva) in origin, and was presumably the name of a Kizh village once located in this canyon. Some have suggested that topanga means “where the mountains meet the sea” or “place of the above” (e.g., higher ground, the sky), but UCLA linguist Pamela Munro, who may know more about the language than anyone alive today, hasn’t yet found a proper translation for it. In any case, settlers first used the word in regards to the Rancho Topanga Malibu, an 1804-1805 land grant given to José Bartolomé Tapia (1766-1824) while California was a Spanish colony. (The rancho is often referred to as “Topanga Malibu Sequit“.) A century later, Topanga Canyon Boulevard was opened with great fanfare, including a barbecue, fireworks, and a “cabaret” – your guess is as good as mine – on May 29th, 1915. 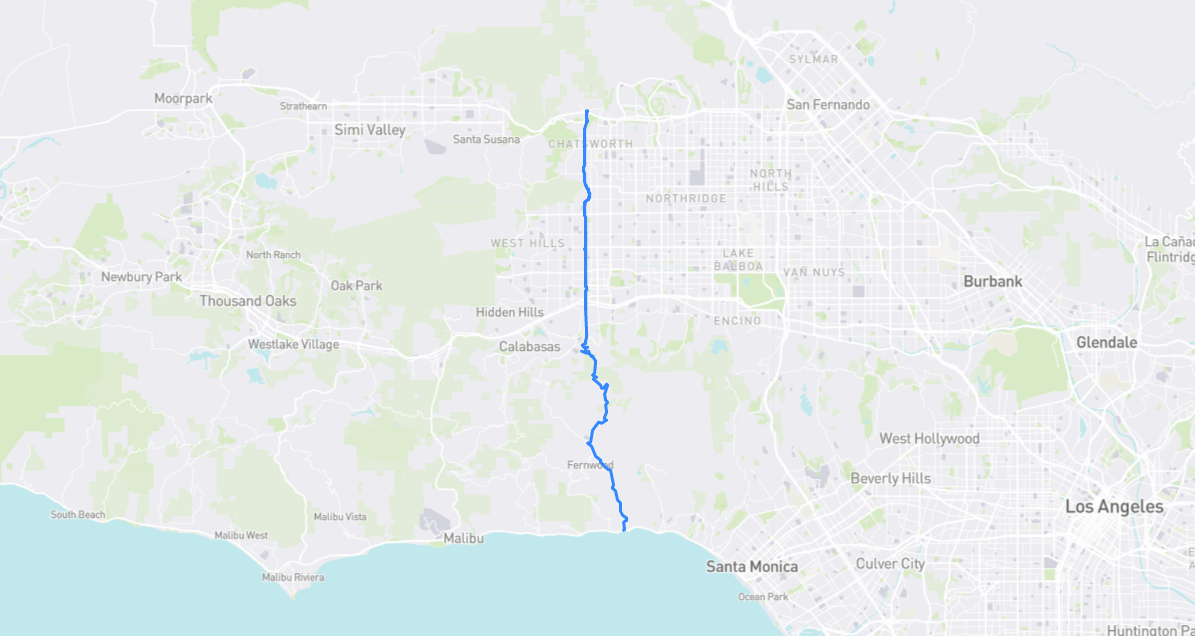