The first five streets laid out in Alhambra, back in 1874, were named for people and places relating to the Alhambra palace/fortress in Granada, Spain. (See Alhambra Road and Main Street for more.) “Almansor” is a spelling variant of Almanzor (c. 939-1002), the man who effectively ruled the Caliphate of Córdoba even though he was not caliph himself. (Washington Irving, whose Tales of the Alhambra inspired our Alhambra, called Almanzor “the most valiant Moorish general in Spain”.) His full name – or one of them; he had many honorifics – was Muhammad ibn Abu Amir al-Mansur. Al mansur is Arabic for “the victorious”. 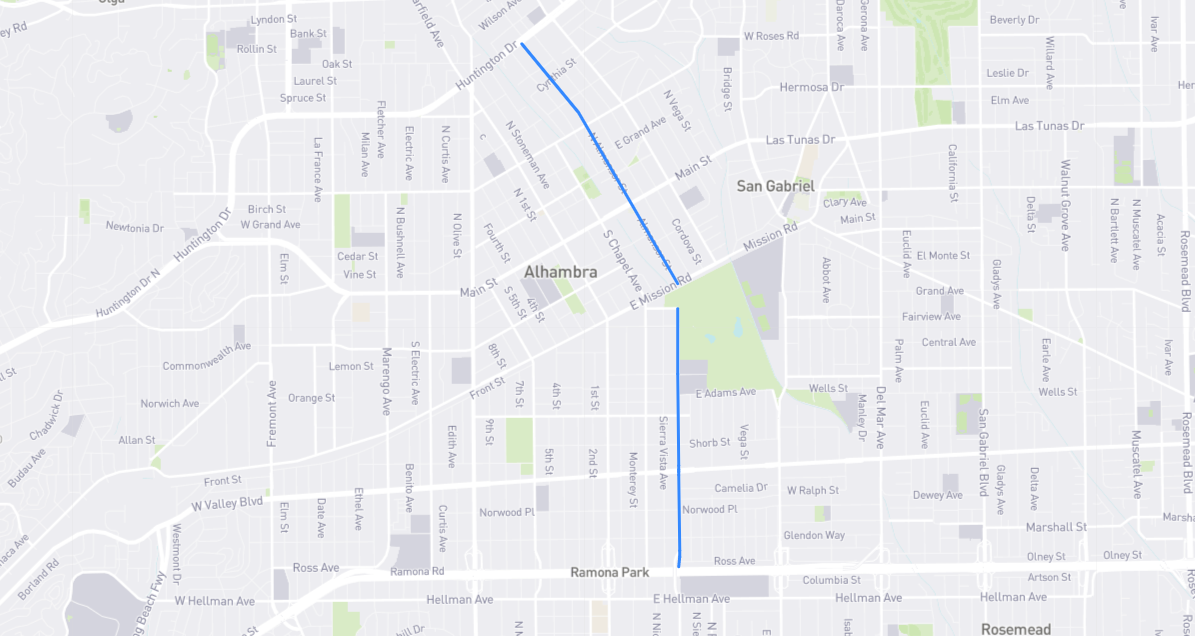