Named in 1969 in memory of Pfc. James Anderson Jr. (1947-1967), a Carson-raised Marine who was killed in Vietnam. One of seven children, Anderson lived on Gunlock Avenue  – there’s a city park named for him just two blocks from his old home – and attended Compton’s Centennial High School. Anderson’s family said he did not support the Vietnam War and joined the Marines only to avoid being drafted into the Army. Two months after shipping out to Vietnam and shortly after his twentieth birthday, Anderson sacrificed his life by curling himself around an enemy grenade to save his comrades. In 1968, he was posthumously given the Congressional Medal of Honor, the first black Marine to be so awarded. 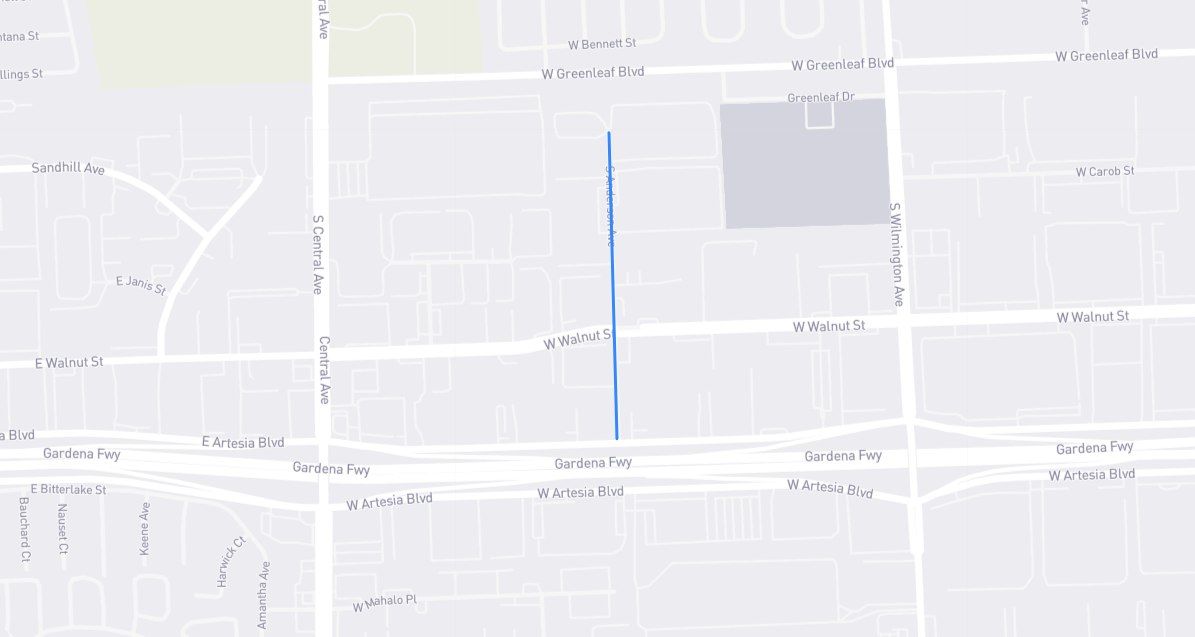