Like many streets in this part of town (Ivanhoe, Rowena, Waverly), Avenel’s name comes from Sir Walter Scott (1771-1832). The fictitious Avenel family is at the center of Scott’s 1820 novel The Monastery, a historical romance that takes place during the mid-16th century. Its setting is based on Scotland’s Melrose Abbey, located close to Scott’s “Abbotsford” estate. In fact it’s not impossible that our own Melrose Avenue takes its name from Scott’s beloved abbey. Avenel Street was named in 1910, perhaps by Ivanhoe/Kenilworth tract owner Griffith J. Griffith, although that’s just an educated guess. 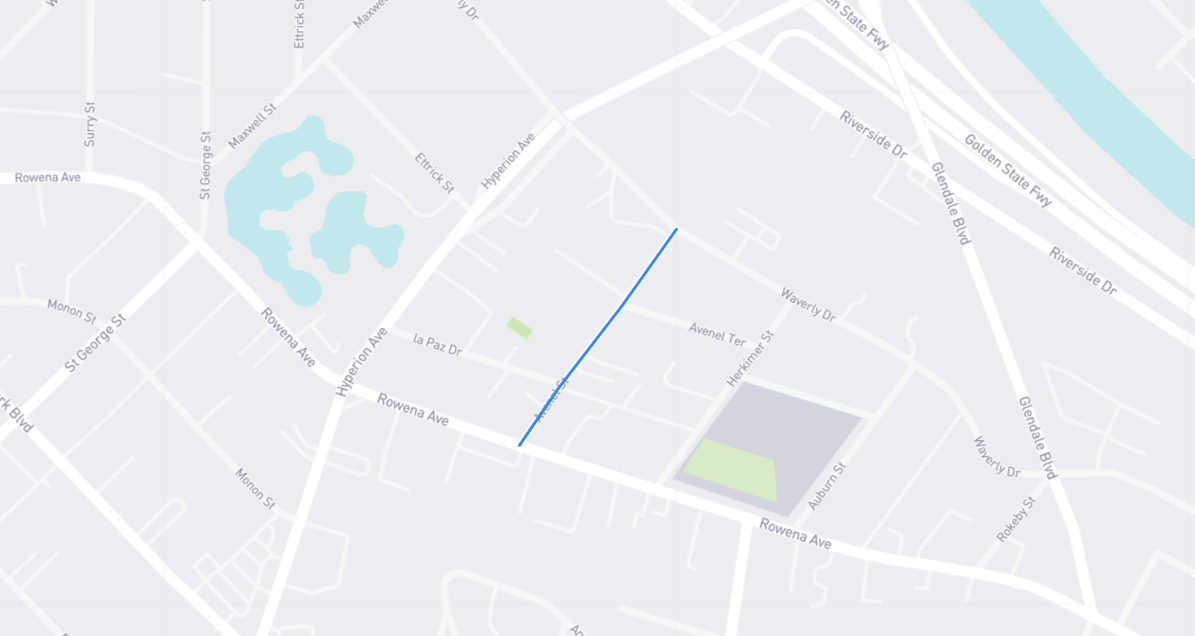