This much is true: Ivanhoe, a ubiquitous Silver Lake name, comes from Sir Walter Scott’s 1819 novel Ivanhoe. It’s long been promoted that a Scottish settler named Hugo Reid (1811-1852) dubbed this area “Ivanhoe Canyon” in the 1830s because it reminded him of the rolling green hills of his youth – and since Walter Scott (1771-1832) was also Scottish, well, there you have it. But Ivanhoe is actually set in England, Reid’s seaside hometown in Dumbarton looked nothing like Silver Lake, he never owned property here (his claim was miles east in Rancho Santa Anita), and he died three decades before anyone ever mentioned “Ivanhoe” in regard to this area. In short: the Hugo Reid story is garbage. That brings us to the notorious Griffith J. Griffith, who bought this land in 1882. Five years later, two of his subdivisions were announced: first Ivanhoe, then Kenilworth. Not coincidentally, Kenilworth is also a novel by Walter Scott. In fact many Silver Lake streets were named after Scott books and characters, including Rowena, Waverly (sic), Avenel, and Locksley. (Ivanhoe Drive didn’t exist until 1922, and is not where the original “Ivanhoe Street” was.) So was Griffith, a Welshman, the Scott aficionado who concocted all these names? Maybe. Either him or one of his sales agents. 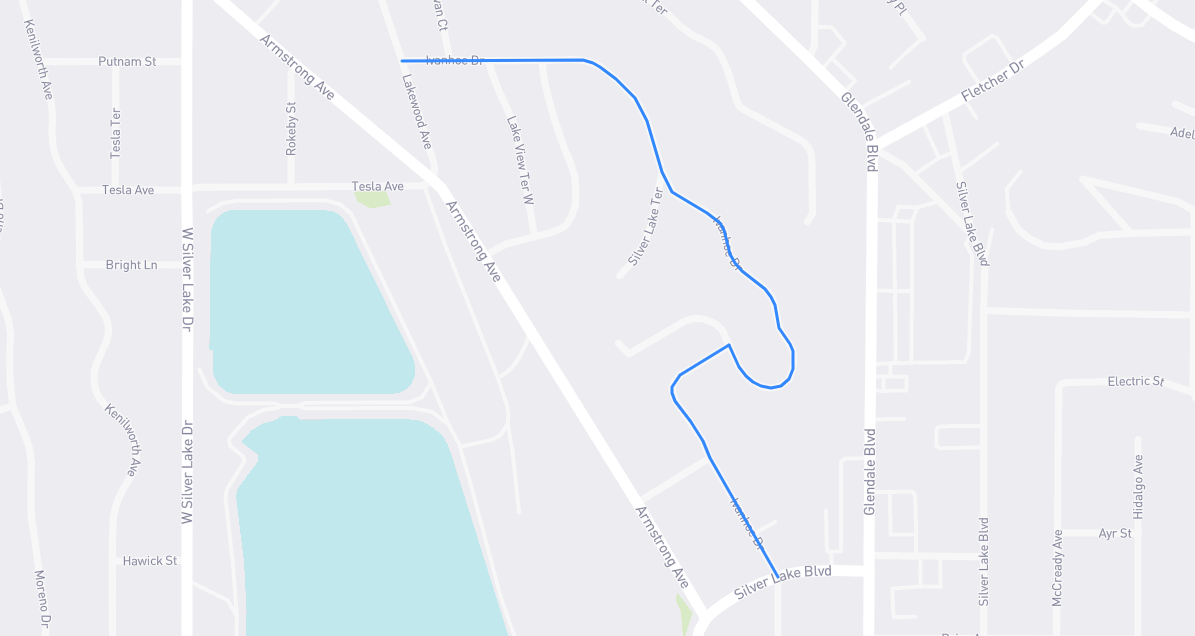