It’s not a typo of “Angeles”, and it predates evangelist Aimee Semple McPherson’s Angelus Temple by years. Angelus Ave. was laid out in 1903 in Sunset Heights, a small tract north of Reservoir owned by Elza Lee Allen (1863-1923). (The tract’s three other avenues, Fawn, Elk, and Elza, are now part of Occidental Blvd., Silver Lake Blvd., and Westerly Terrace, respectively.) The Angelus is an old Catholic devotion in which three Hail Marys and a short prayer are recited thrice daily, traditionally upon the call of a church bell. I don’t know if E. Lee Allen was Catholic, was inspired by the Hotel Angelus at Fourth and Spring, or just thought “Angelus” was a clever pun. 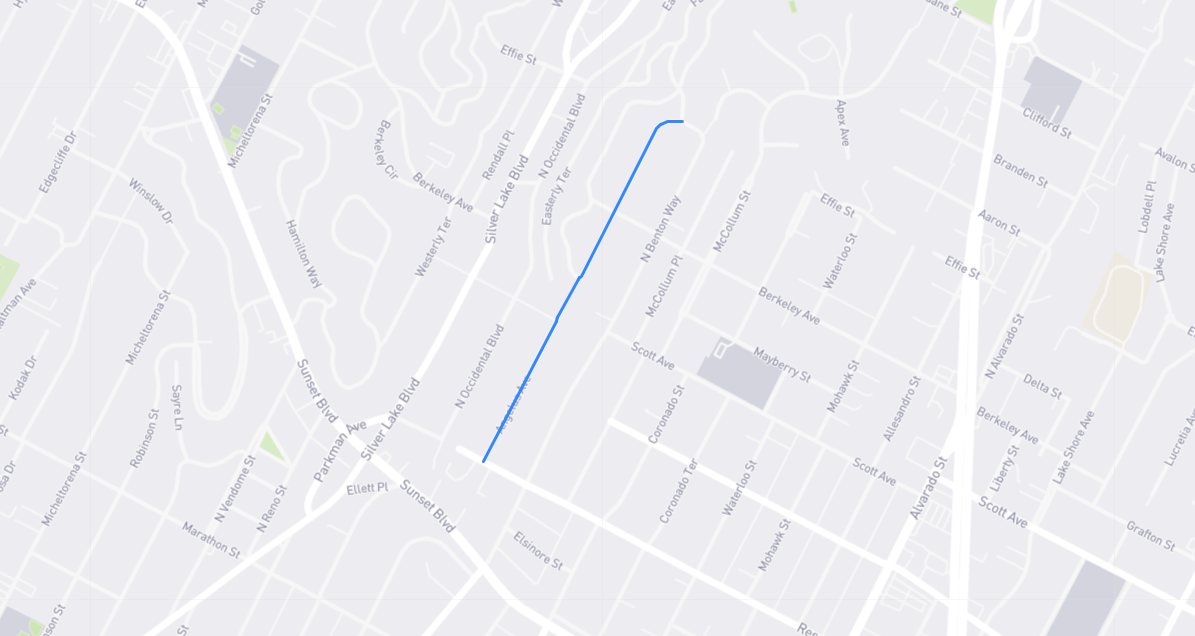