Pfc. Joe Manuel Salinas (1945-1965) was Norwalk’s first Mexican American serviceman killed in Vietnam. The oldest of four children, Salinas was born in Morenci, AZ to Joe L. and Mary C. Salinas. The family eventually moved to a house on Norwalk’s Gard Avenue and Salinas attended Santa Fe High School a mile and a half north. He enlisted in the U.S. Marine Corps in February 1964 with the intention of becoming a career Marine. He was shipped out to Vietnam just weeks before his death on July 20th, 1965 – he and a lance corporal were both shot by a fellow Marine who mistook them for the enemy. This street was named in memory of Salinas in 1969; actor Ricardo Montalbán spoke at its dedication. Dropping the “Joe” from Salinas’s name and calling the street “Avenida” were acts of cultural pride: his own tombstone reads “Joe M. Salinas”. 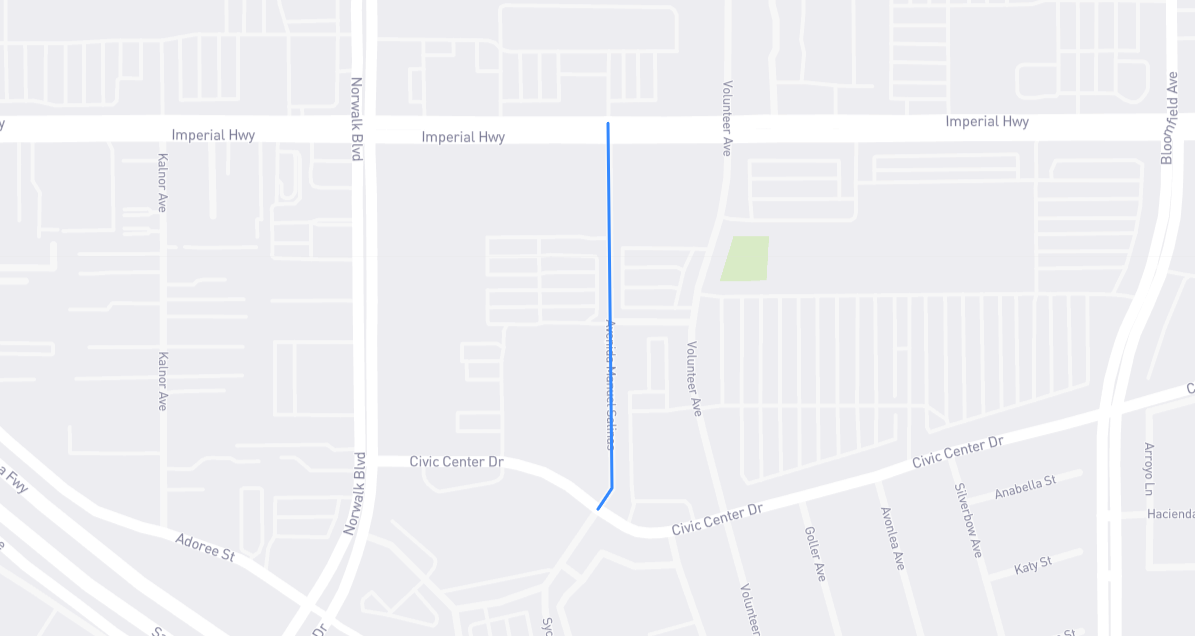