There are two different Charles W. Leffingwells in this story; I’ll try to keep them straight. Dr. Charles Wesley Leffingwell (1840-1928) was an Episcopal theologian who was educated at Knox College in Galesburg, IL, then founded St. Mary’s School for Girls in nearby Knoxville, IL. For reasons unclear, he and the school’s principal Nancy Hitchcock bought a 500 acre Whittier ranch in 1887. Leffingwell’s son Charles Warring Leffingwell (1871-1962), born in Knoxville, came out in 1894 to bring it to life. And did he ever – the lemons he grew here were world-renowned, even prize-winning. He married Virginia Rowland in 1899 and they erected a ranch house at present-day Whittier Blvd. and Santa Gertrudes Ave. In 1906-1908, Charles Wesley set his sights back on SoCal and he and his wife Elizabeth began building a 5 acre “winter estate” in Pasadena. Charles Warring moved his own family to Pasadena around 1910. Leffingwell Road was named in 1902 when the Leffingwells subdivided the lower third of their property. The ranch itself was sold off in 1919, the last bit of it razed by 1960. Houses, schools, and Whittwood Town Center stand there now. Family footnote: Charles Wesley’s other son Ernest deKoven Leffingwell (1875-1971) was a notable Arctic explorer. 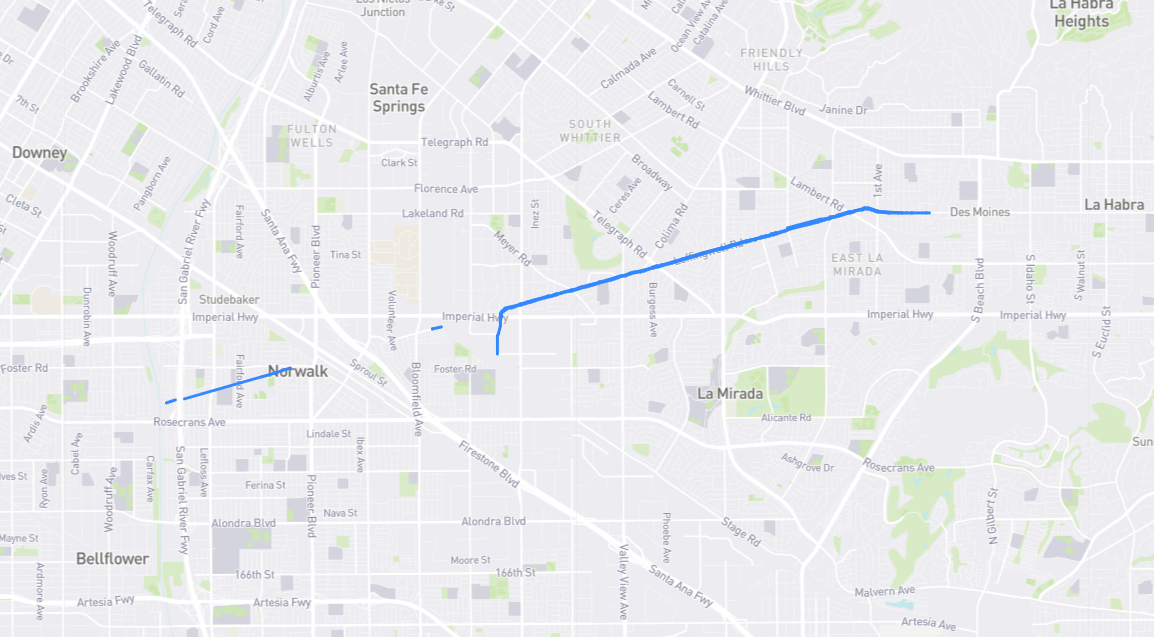