Like the Ballona Wetlands and Ballona Creek, this road takes its name from Rancho La Ballona, a 13,920 acre land grant where Culver City now lies. The rancho was deeded in 1839 to brothers Ygnacio (1797-1878) and Agustin (1794-1865) Machado and father and son Felipe (c. 1772-1836) and Tomas (c. 1793-1875) Talamantes, all of whom had already been farming here for twenty years. There are two schools of thought about the “Ballona” name. Some say it’s a misspelling of ballena, Spanish for “whale”, possibly spotted off the coast. Others say it’s derived from Baiona, Spain, allegedly the ancestral home of the Talamantes family. My own crackpot theory is that it may have been a Spanish phoneticization of “bayou”, referring to the marshy landscape. Regardless, Agustin Machado was the only one of the four partners to live on this land: see Machado Road. His brother had another rancho called Aguaje de la Centinela. 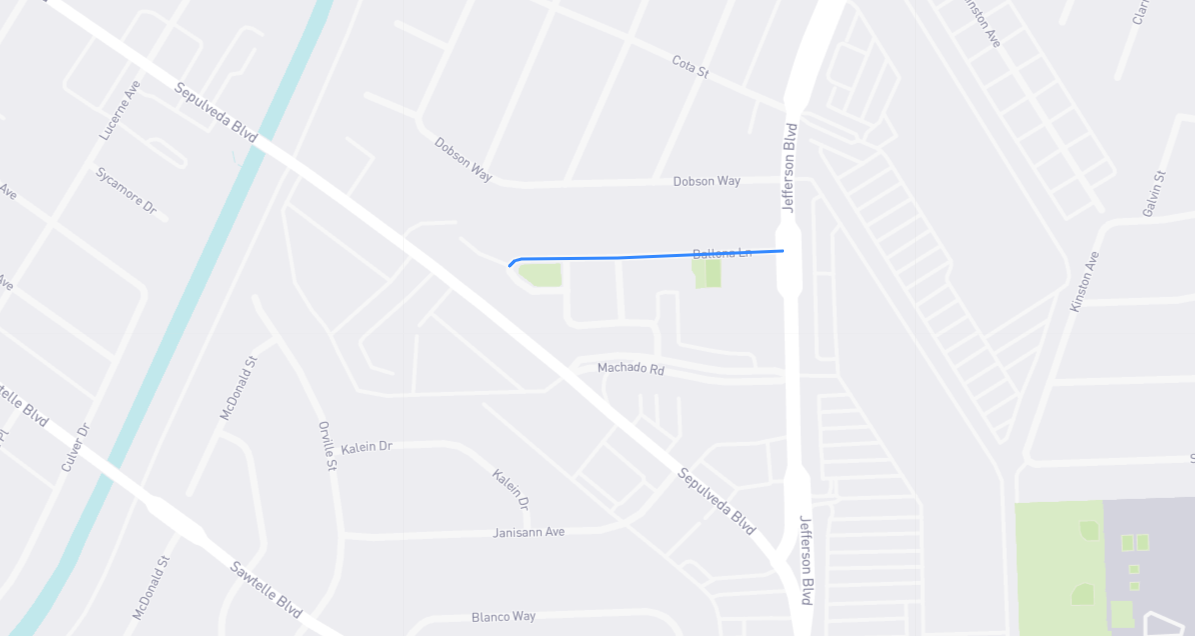