Named after an 1834 rancho called Aguaje de la Centinela – “Spring of the Sentinel” – located in present-day Inglewood and Westchester. (For eons, a natural spring bubbled up to the surface here.) The rancho was officially deeded to Ygnacio Machado (1797-1878) in 1837, but quickly went through many owners, including Scotsman Robert Burnett, who combined it with Rancho Sausal Redondo and eventually sold it to Inglewood founder Daniel Freeman. It’s claimed that “sentinel” referred to the men who guarded Machado’s cattle. If true, then Spanish speakers may wonder why the rancho used the female singular la centinela instead of the male plural los centinelas. Debate amongst yourselves. Anyway, while the Centinela Adobe still stands on Midfield Avenue, its namesake street had a jumble of monikers – Ballona Road No. 2, Columbus Avenue, Laurel Street, etc. – until 1929, when the County decided upon Centinela Avenue once and for all. 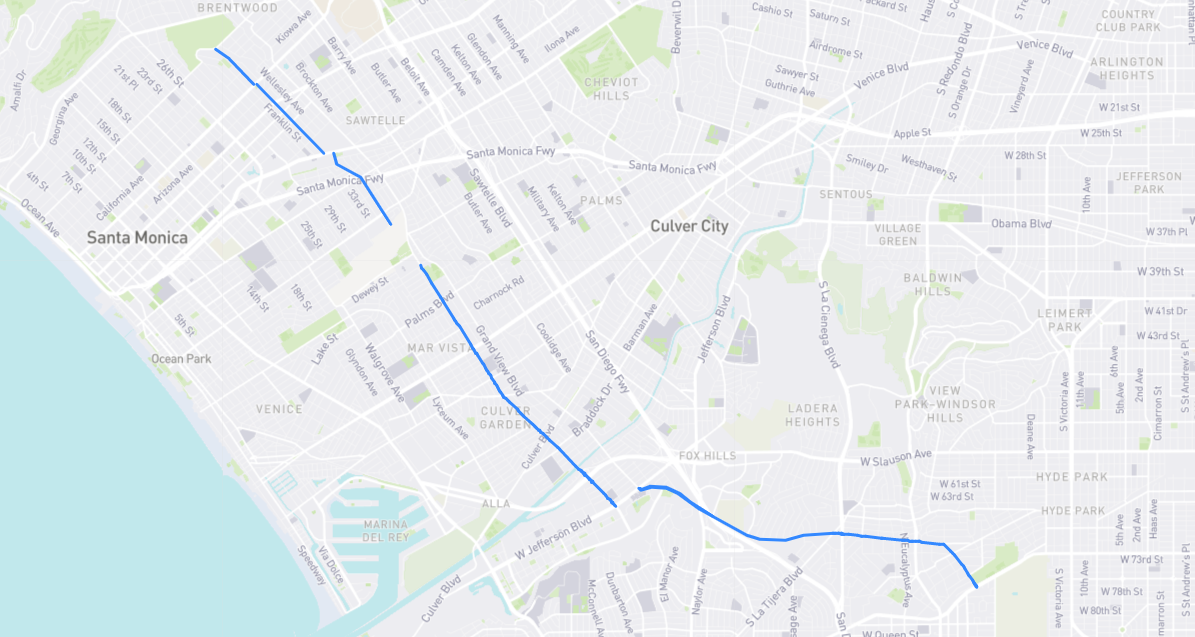