One of the first streets in L.A. County named for a black man – certainly the first for a gay black man – Barthe Drive honors sculptor Richmond Barthé (1901-1989), who lived on the street. The Mississippi-born Barthé exhibited an early talent for drawing. When a bout with typhoid took him out of high school, he went to work for a wealthy New Orleans family who encouraged his art education in spite of racial barriers. It worked: Barthé was accepted into the Art Institute of Chicago in 1924. There he turned to sculpture, with a flair for realism and a focus on black subjects. Barthé moved to New York in 1931, at the peak of the Harlem Renaissance, and saw his career flourish… for a while. But the art world is faddish, and by 1947 Barthé was passé. He then lived and sculpted in Jamaica until 1969. After several itinerant years, Barthé settled in Pasadena in 1977. He was impoverished by this point, so Hollywood actor James Garner, an unexpected ally, paid Barthé’s bills and helped him protect his art. (Barthé’s final piece: a bust of Garner.) Part of Mountain Street was renamed Barthe Drive by 1982. 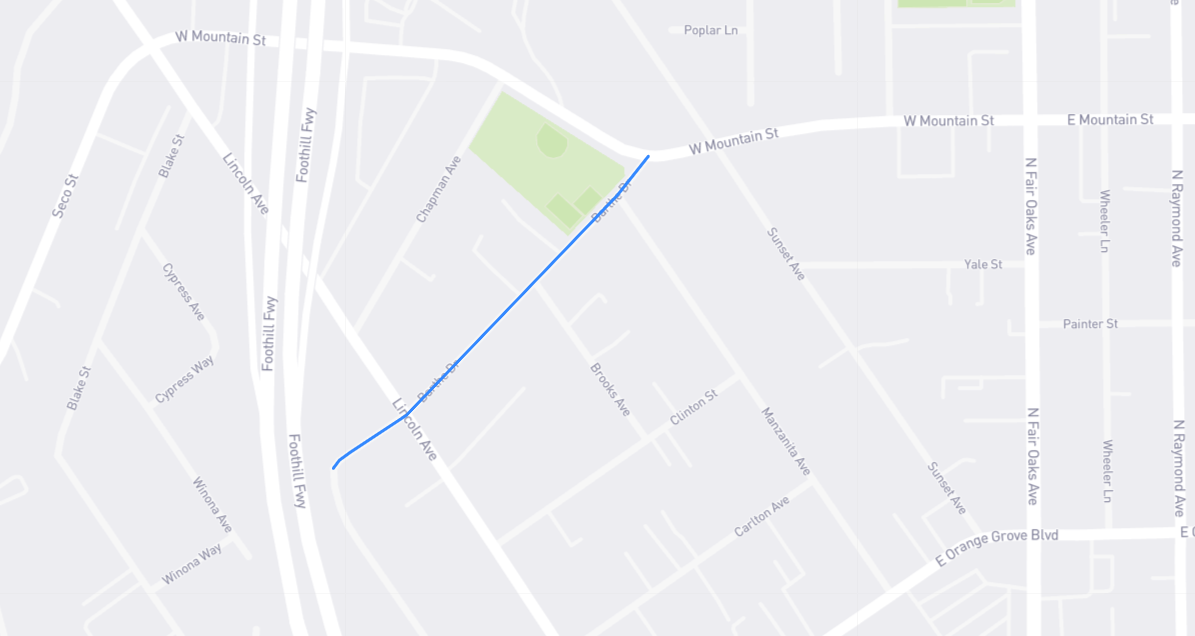