In 1874, when the San Gabriel Orange Grove Association subdivided the colony that would become Pasadena, three new east-west streets were laid out: Colorado, California, and Columbia. (Colorado and California became “boulevards” years later.) Whoever christened them – possibly Calvin Fletcher – never wrote down the why behind these names, but we can guess: each starts with “C”, each is four syllables long, each evokes the spirit of the wide-open West (the Colorado and Columbia rivers; California itself) that had attracted the colony’s founders from parts east. Considering the effort that went into coining “Pasadena“, these founders evidently strove for mellifluous names, and Colorado, California, and Columbia certainly make for a harmonious trio. At any rate, none of the founders hailed from Colorado, which didn’t even achieve statehood until 1876. 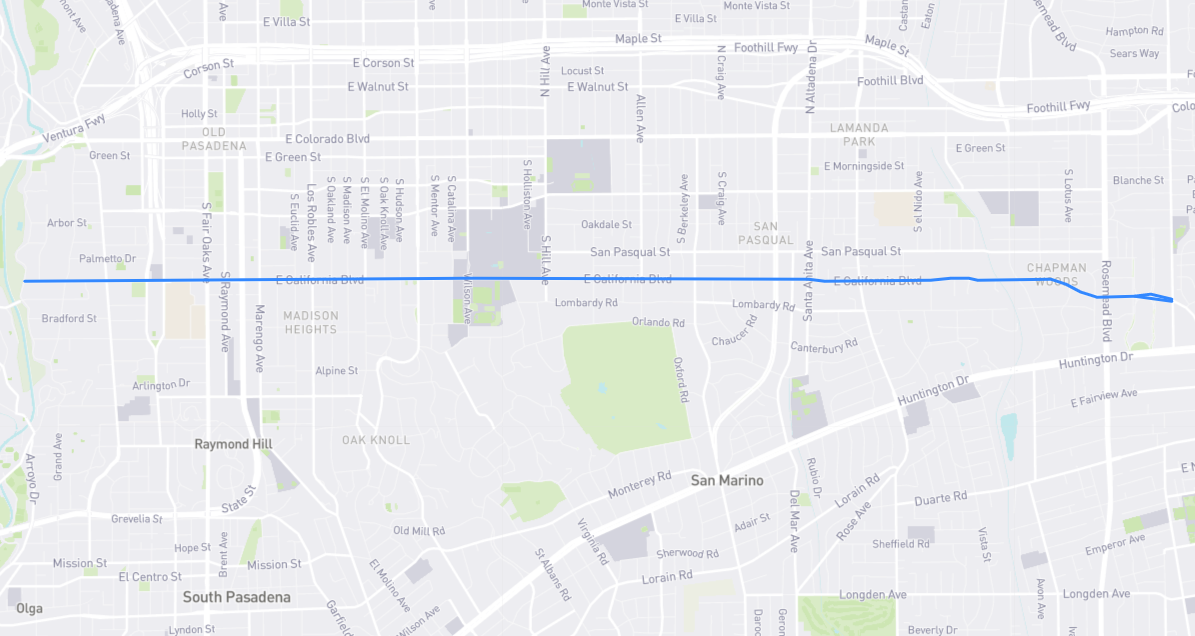