Named not for a grove of oranges but for a group of settlers. The San Gabriel Orange Grove Association was incorporated in late 1873 to purchase 3,933 acres of Rancho San Pascual from Benjamin Davis Wilson and John Strother Griffin. (Total price: $25,000.) The association, presided over by Benjamin Smith Eaton, consisted of a number of investors (some from Indiana) who planned to set up a residential and farming colony on the land – a colony that would become Pasadena. Cofounder Calvin Fletcher is credited with christening Orange Grove Avenue while laying out the colony’s streets in 1874. It became a “Boulevard” in 1901; residents demanded the designation in order to prevent railroad companies from sullying their showcase street with tracks. It remains an “Avenue” in South Pasadena. 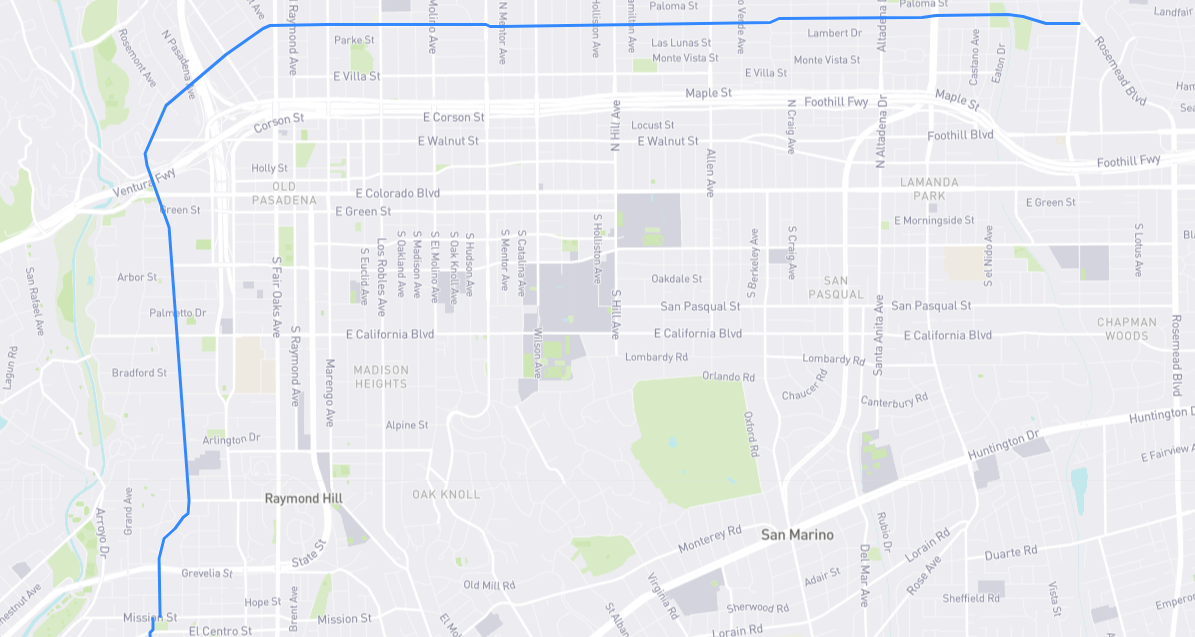