Obviously a tribute to German composer Ludwig van Beethoven (1770-1827), but why? The answer lies in this street’s oldest stretch, between Walsh and Panama: Beethoven was one of six streets named after classical composers in a 1905 tract called “Venice del Rey Tract No. 2”. But the tract didn’t really open until 1923 – it sat undeveloped for years, no thanks to circus master Al G. Barnes, who set up his raucous “Barnes City” nearby as a home for his wild animals and performers. Anyway, two of the tract’s six maestros have been erased: Mozart Street was absorbed into McConnell Avenue in 1939 and Paderevsky (sic) Street was renamed Westlawn Avenue in 1934. We are left with the quartet of Beethoven, Mascagni, Wagner, and Verdi. Note from the Bigamy Files: Venice del Rey Tract No. 2 was owned by “Count” Ernst Francis Leo (1869-1938) and Martha Herbst Leo (1864-1934), a European couple who made headlines in 1909 when Ernst was charged with marrying his mistress three days before his divorce to Martha was finalized. Ernst’s mistress then dumped him, and Martha wound up living with his brother – Ludwig. 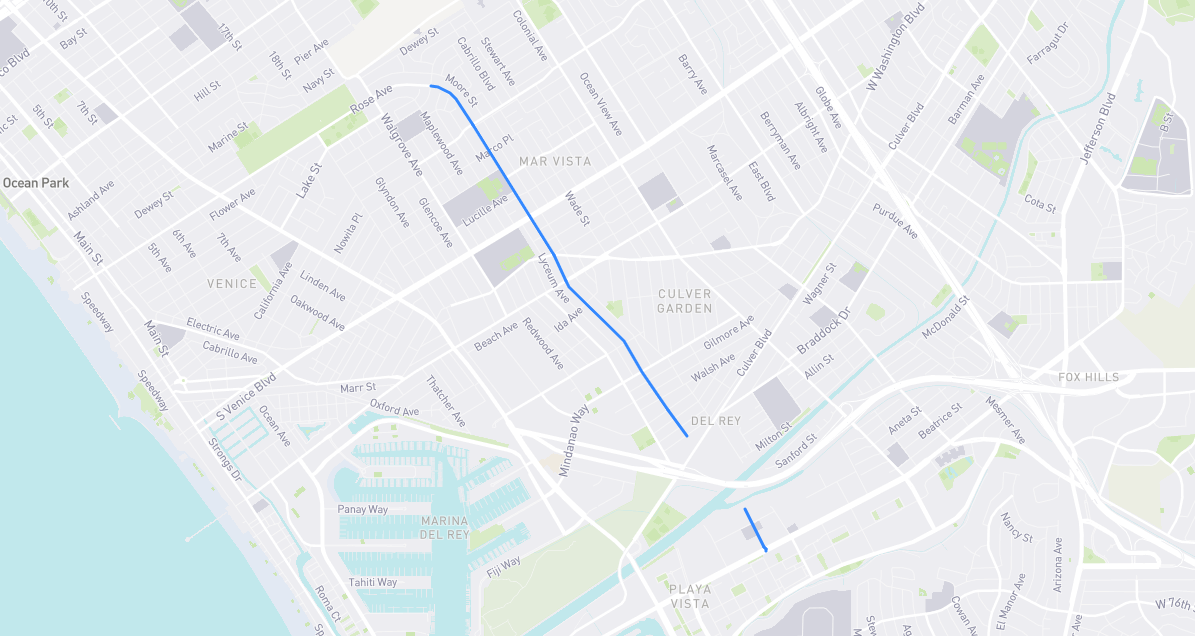