Named for Charles Edward Lindblade (1882-1940), Harry H. Culver‘s right-hand man. Born Charles Lindblad in Chicago to Scandinavian immigrant parents, he’d added the “e” to his surname by the time he married Julia Emily Fox (1882-1966) in 1907. The Lindblades soon moved to San Francisco and Charles hung out his shingle as an efficiency expert. By 1920, the couple was living in L.A., Charles was Culver’s general manager, and Lindblade Drive was laid out near Washington and Inglewood boulevards on the Culver Gardens tract. (Lindblade Street was named one year later and three miles away, between Ince and Higuera.) How Charles Lindblade came to work for Harry Culver is unknown, but they became very close and Lindblade was key to Culver City’s growth. The Lindblades were even sent to Europe in 1928 to gather research for Culver’s planned “University Art Colony”; en route, Charles met with Calvin Coolidge at the White House. But the art colony never happened, Lindblade and Culver apparently parted ways, and Lindblade’s real estate business fell victim to the Depression. 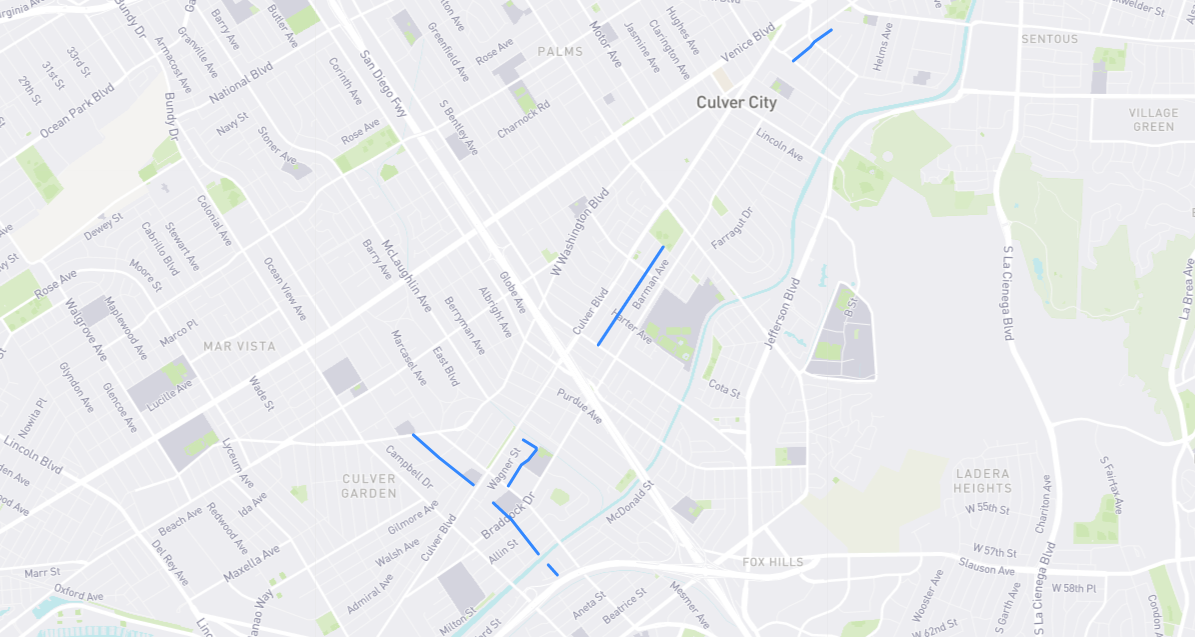