This street takes its name from the 162 lot Westlawn tract, opened in 1923 by subdividers Greene & Walsh, but it took eleven years to do so. In fact it was originally two separate streets: Oxford Boulevard (between Louise and Short) and Paderevsky Street (between Short and Culver). The latter was a misspelled tribute to Polish composer Ignacy Jan Paderewski (1860-1941) as part of an earlier tract filled with streets named after composers, e.g., Beethoven Street. The Westlawn rechristening happened in 1934. Oxford Boulevard obviously had to go, as it conflicted with Venice’s Oxford Avenue. As for Paderevsky? Unclear, although one can imagine its 1934 residents taking issue with its spelling and/or its Polish-ness. 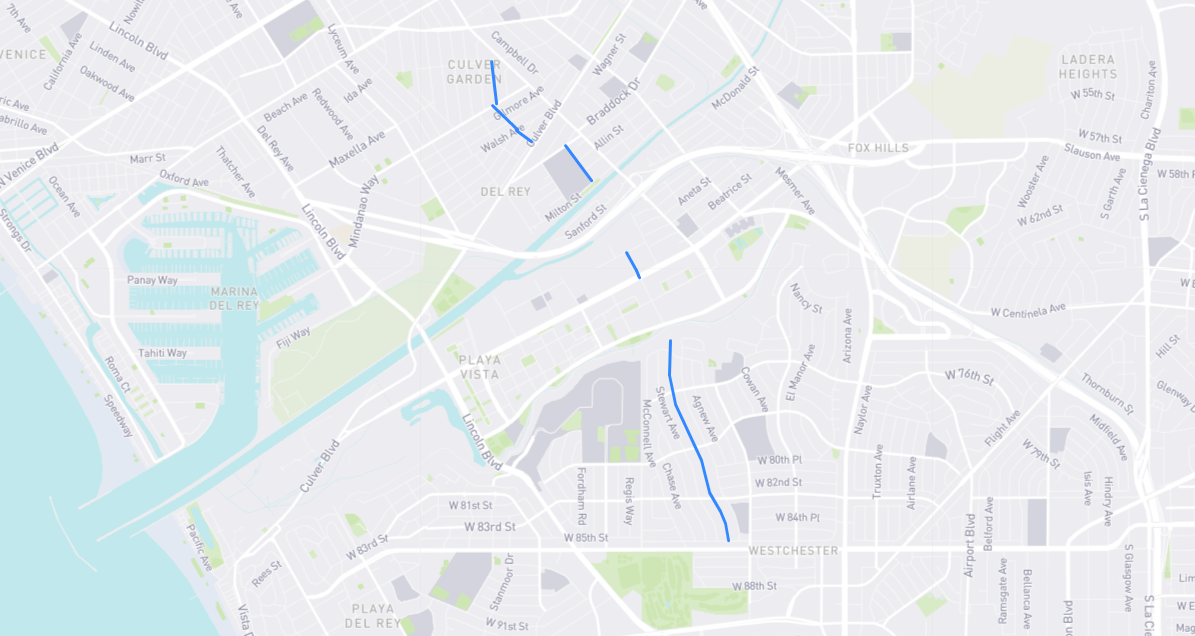