In 1960, developer Barry Taper named various streets in this neighborhood for friends, loved ones, and himself (see Barrywood Avenue). Bolker Place is for real estate developer Joseph Robert Bolker (1924-1986), who married Taper’s sister Janice (1931-) in 1951. The Bolkers, who had four daughters, split in 1967. Janice went on to marry composer Henri Lazarof, and the two became major art collectors. Joe’s next wife was Greek heiress Christina Onassis. So yes, he was Jackie Kennedy Onassis’s son-in-law – but only for a year: the marriage went belly-up in 1972. Joseph Bolker, whose third marriage to Victoria Leonova was a success, is better remembered as a pioneer in low-cost housing and a philanthropist who raised millions for LACMA and the Music Center. 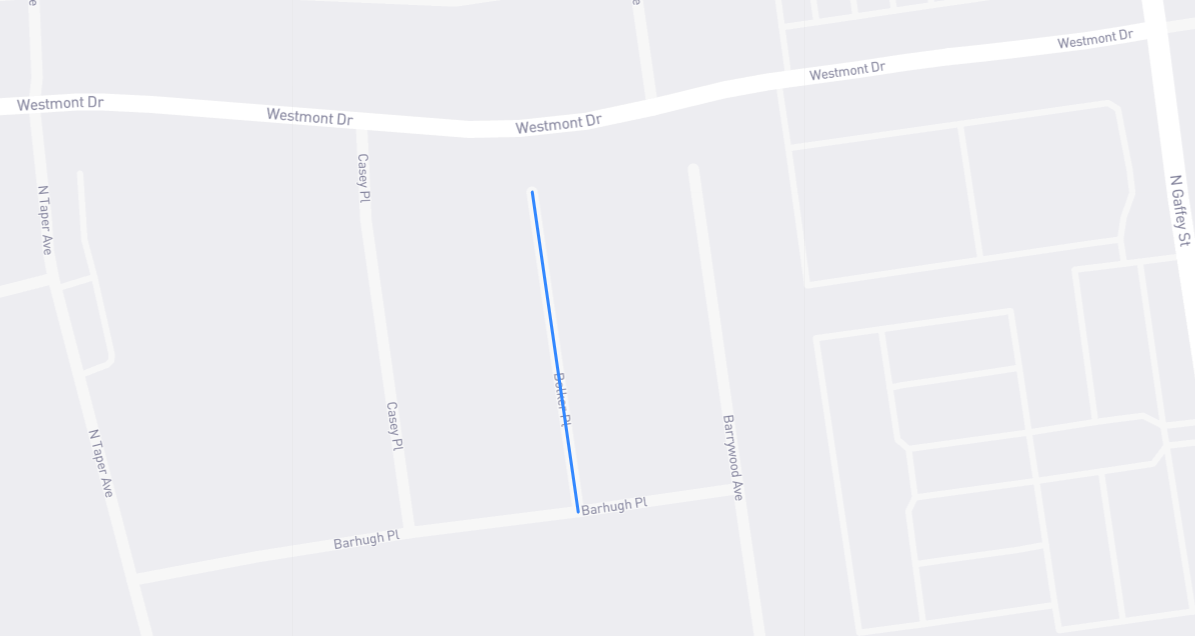