San Pedro’s main drag is named for John Tracy Gaffey (c. 1858-1935). Born in Galway, Ireland, Gaffey and his family immigrated to Santa Cruz, CA when he was little. On an 1882 trip to Los Angeles, he met his future wife Arcadia Bandini (the younger). He moved down that year and became a sort of renaissance man: newspaper editor, government employee, political operator, and, inevitably, real estate speculator. He and Bandini married in 1887; a few years later, they learned that she and her sister Dolores had inherited 340 acres of Sepúlveda family land in San Pedro, so they eventually settled here to develop and sell the property. (Gaffey Street was named in 1904; it was originally two streets called Otis and Helena.) Gaffey’s biggest claim to fame was his role in L.A.’s 1909 annexation of San Pedro and Wilmington, both crucial port towns. 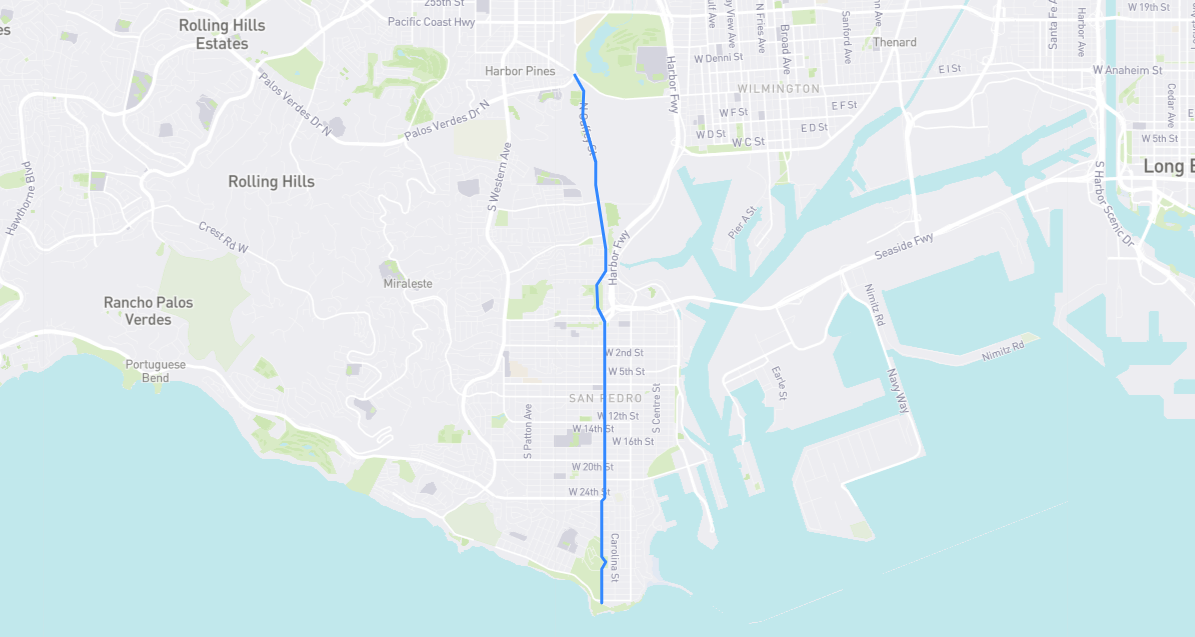