Named in 1924 on a large tract co-owned by Alphonzo Bell (1875-1947), who more famously developed Bel-Air. Bell and his colleagues gave several streets on this tract Scottish names, including Gretna Green Way on the opposite side of Kenter Avenue. Bowling Green Way, however, refers to Bowling Green, Kentucky – birthplace of Bell’s Scottish American father James George Bell (1831-1911), namesake of the cities of Bell and Bell Gardens. 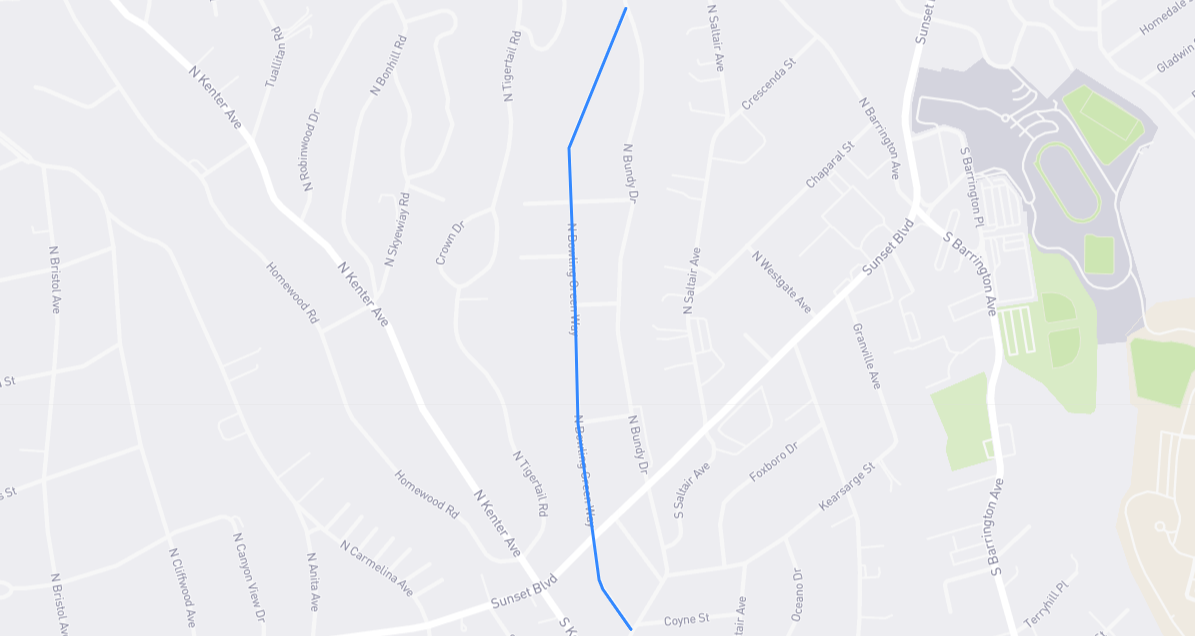