James George “J.G.” Bell (1831-1911) was born in Bowling Green, KY but was in Missouri by 1856 when he married his first wife Dolly. Their three kids were Mary, Otis, and George. Dolly died just a few months after George’s 1864 birth – George himself would be felled by pneumonia at 26 – so J.G. married Ohio-born widow Susan Wells (née Hollenbeck, 1831-1905) in 1866. It was a union that would shape big chunks of Los Angeles County. Susan’s brother was J.E. Hollenbeck, who got rich in Nicaragua and was buying up land in L.A. in 1874. At Hollenbeck’s invitation, the Bell bunch, including Susan’s daughters Emma and Irene, J.G. and Susan’s five-year-old Maud, and baby Alphonzo still in Susan’s womb, came to L.A. in 1875. After a year in Hollenbeck’s DTLA house, the family purchased 350-ish acres south of the city to raise cattle and crops. Once called Fruitland, then Obed, this district’s post office was officially renamed Bell in 1898 (postmaster: James George Bell) and the rest is history. A prominent and pious Presbyterian, J.G. Bell cofounded a new university in 1887: Occidental College. Its original location was in Boyle Heights, where several Bells lived off and on. The family’s land in their namesake town was subdivided in 1902, when Bell, Otis, and Bear (Maud’s married name) avenues were named. Mary and Alphonzo Bell would later become oil tycoons: Mary and her husband Arthur Gilmore’s Fairfax/Beverly land is today’s Farmers Market and The Grove; Alphonzo founded Bel-Air. J.G. himself spent his final years with Otis, a humble farm laborer, and his family in Glendora. 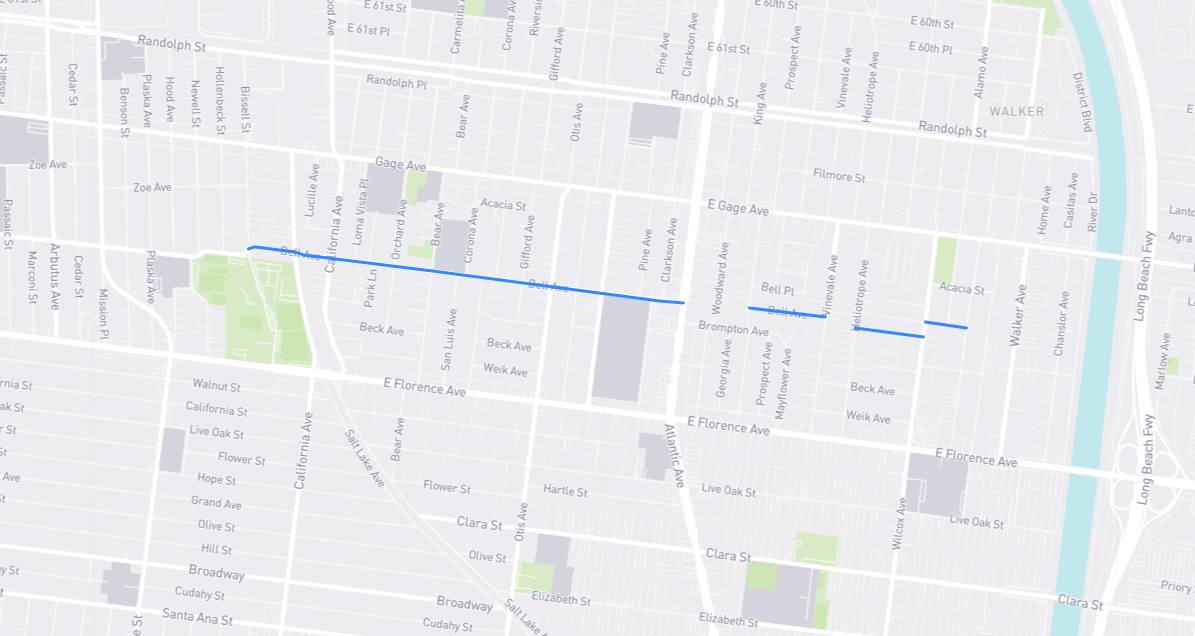