Inspired by the car? Probably: Cadillac Avenue was named in 1915, when Detroit had already been producing Cadillacs for thirteen years and models were being sold in DTLA and in Hollywood. This street was named by city ordinance, so some anonymous civil engineer probably picked “Cadillac” just because it sounded cool; there were no Cadillac factories or dealerships along this road. The Cadillac Automobile Company itself took its name from Antoine Laumet de la Mothe, sieur de Cadillac (1658-1730), who founded Detroit in 1701. The firm was purchased by General Motors in 1909 and has existed as GM’s luxury brand ever since. 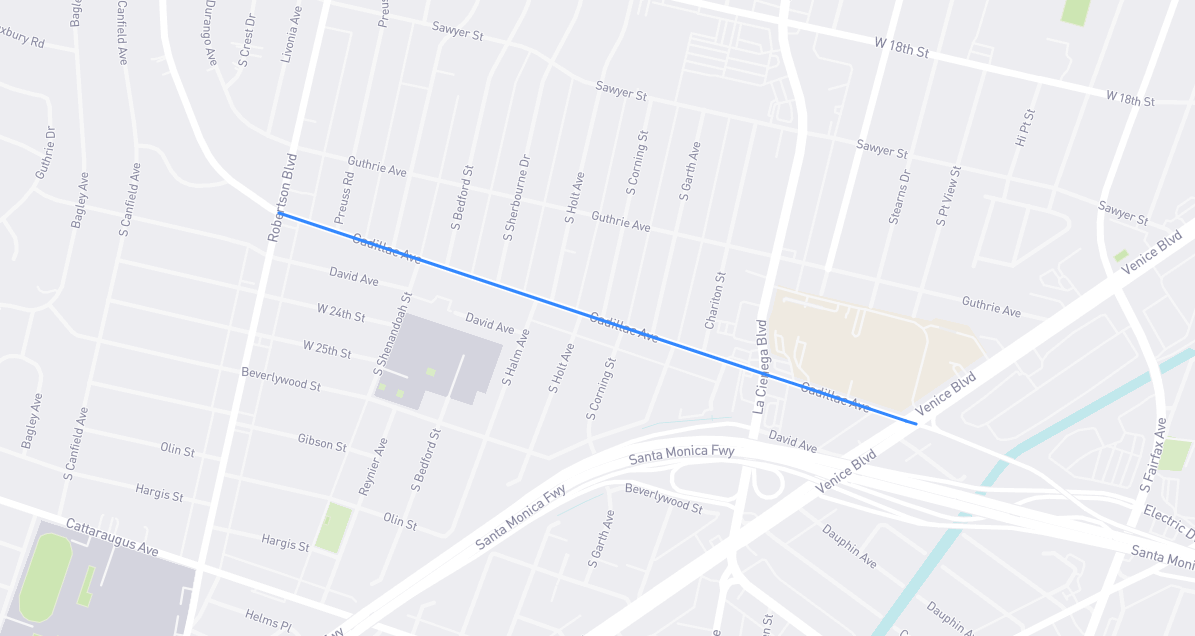