Arlington Heights was a 665 acre townsite established in December 1886 at present-day Arlington Avenue and Pico Boulevard, west of what were then L.A. city limits. Since Arlington, Virginia is famous for its ties to George Washington, Arlington Heights probably got its name because Washington Boulevard bisected the development. If you poke around this neighborhood, you’ll notice that there are numbered avenues – Second through Thirteenth – but no First Avenue. Indeed, Arlington Avenue was originally called First Avenue, since it was laid out in what was meant to be a standalone town. In 1897, after Los Angeles annexed Arlington Heights, L.A. City Council proposed changing First Avenue to Primero Street, primero being Spanish for “first”. But residents led by one J.L. Starr demanded an “American name” instead, saying that if they couldn’t have their First Avenue back, then at least change it to Arlington Avenue, after the old town’s name. Council complied. 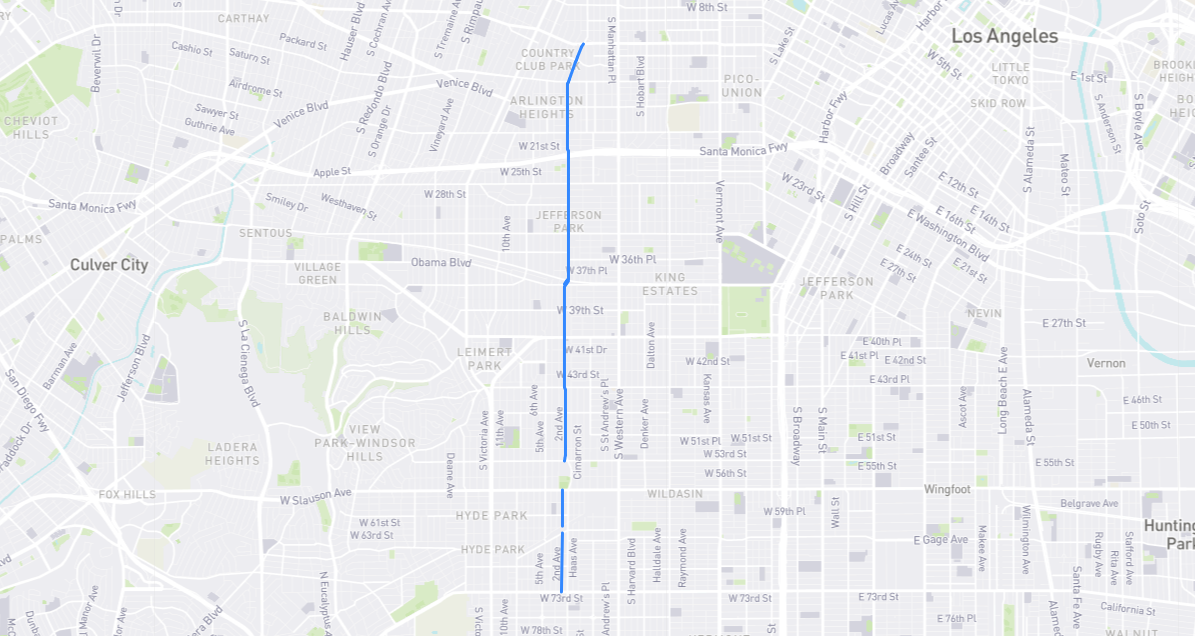