Daniel Campbell (1872-1932) was a key figure in the growth of Glendale. Born in (Northern) Ireland, Campbell immigrated to California c. 1894 then went up to the Yukon for the Klondike Gold Rush. He struck it rich – a January 1898 article claimed that he discovered $125,000 in gold (surely an overstatement, as that would be worth millions today) – and met fellow prospector Joseph Brand (1868-1913), the ne’er-do-well brother of Leslie Coombs Brand. “Joe” told “Dan” to move to Los Angeles and get in touch with his brother. He did, and the two became fast friends. As L.C. Brand was developing Glendale, he hired the young Irishman to run the city’s first bank. Campbell married another Northern Irish immigrant, Margaret McPeak (1876-1933), around 1900. (Curiously, Campbell’s mother’s maiden name was also McPeak.) In 1903, they moved into their new Glendale home and dubbed it “Ard Eevin“. Margaret’s family – ma, da, and seven siblings – came to L.A. the following year. Dan Campbell was active in several local banks and propelled Glendale’s building boom in the early 1920s; his brother Arthur was involved in city utilities. Campbell Street was named in 1904. 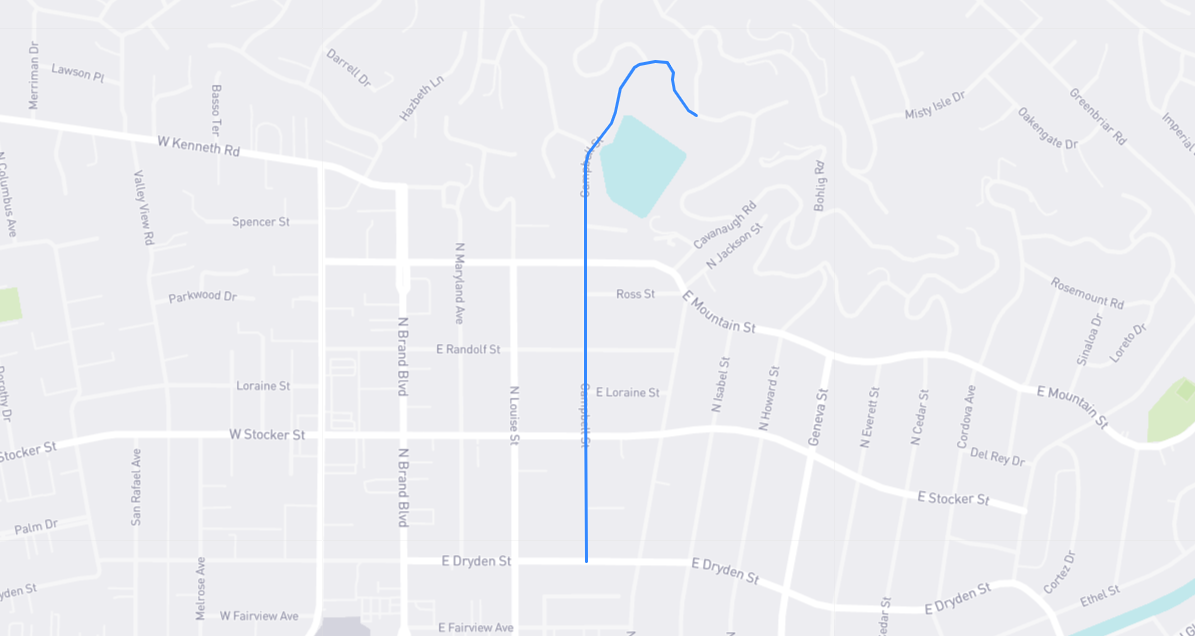