Named by 1886 for John James Charnock (1827-1909), an odd character. Born in England, Charnock came to Canada with his family in 1846, then moved to Grand Rapids, WI (not MI) in 1851, where he spent years in the local lumber industry. Charnock headed out to Nevada in 1871 and made a small fortune raising sheep. He then came to Los Angeles, where he began buying up land in the former Rancho la Ballona – today’s Mar Vista/Palms – in 1878. Charnock would eventually amass hundreds of acres across L.A., yet he lived a hermit’s life in a small Palms cottage, occasionally sending poetic letters to his old Wisconsin friends and never marrying. (He wasn’t completely alone: four of his siblings lived nearby.) When Charnock died, his estate was worth over $200,000 – a tidy sum in 1909. Enter Gertrude Driggs, a con artist from a notorious Dayton, OH clan of counterfeiters: she forged a document claiming that Charnock had deeded her nearly half his estate, with the intent to marry her. Incredibly, Driggs had gone to jail six years earlier for pulling a similar stunt on another dead Angeleno. She didn’t get away with it this time either: she was sent to San Quentin. 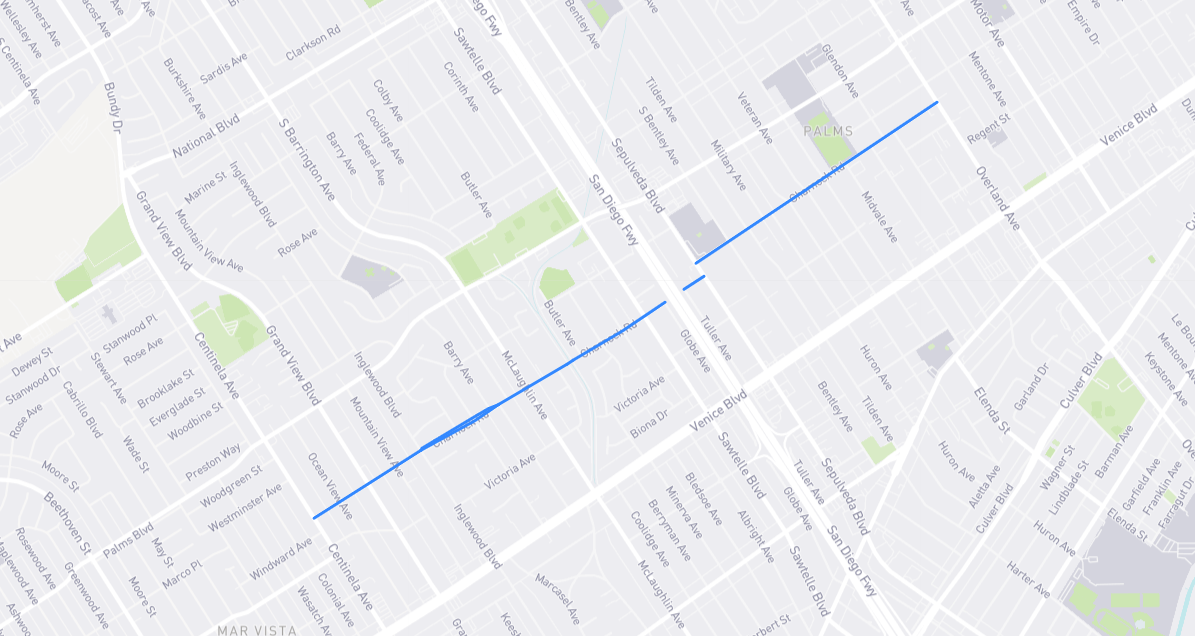