The Chatsworth neighborhood originated in 1888 as Chatsworth Park. The San Fernando Valley Improvement Company owned the land, and one of its directors was William Booth Barber (1819-1901). Barber was born in Eckington, Derbyshire, England – just 11 miles from Chatsworth House, the ancestral home of the Duke of Devonshire. (Derbyshire and Devonshire are in totally different parts of England, but dukedoms tend to be nominal.) It’s safe to say that it was Barber who coined both Chatsworth Park and its main drag Devonshire Street. Chatsworth Street itself was supposed to be called “Ben Porter Avenue”, in honor of the land’s previous owner, but that didn’t stick. 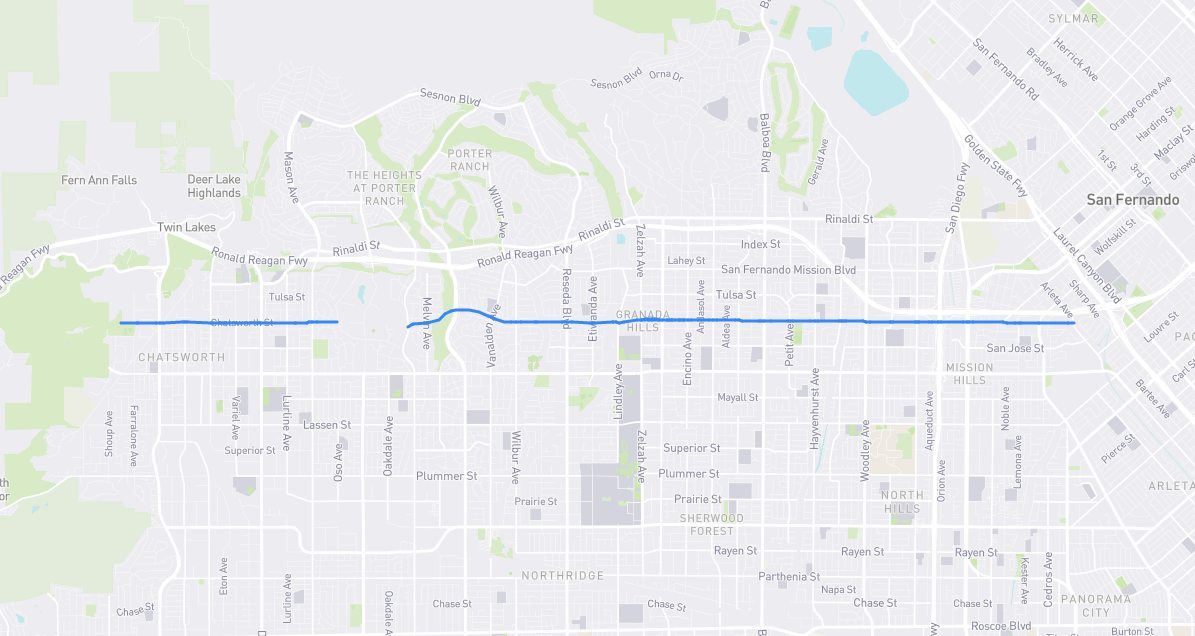