Almost certainly named for U.S. President Grover Cleveland (1837-1908), the New Jersey native who was elected to his first term of office in 1884 and began serving in March 1885. Cleveland Street was named in January 1886 on a tract owned by former L.A. mayor Prudent Beaudry and his brother Victor. The Beaudrys hailed from Montreal, Quebec, not Cleveland, Ohio, but they weren’t averse to adding a dash of Americana when it came to naming streets (e.g., Bunker Hill Avenue, Centennial Street), so I think this theory is sound. 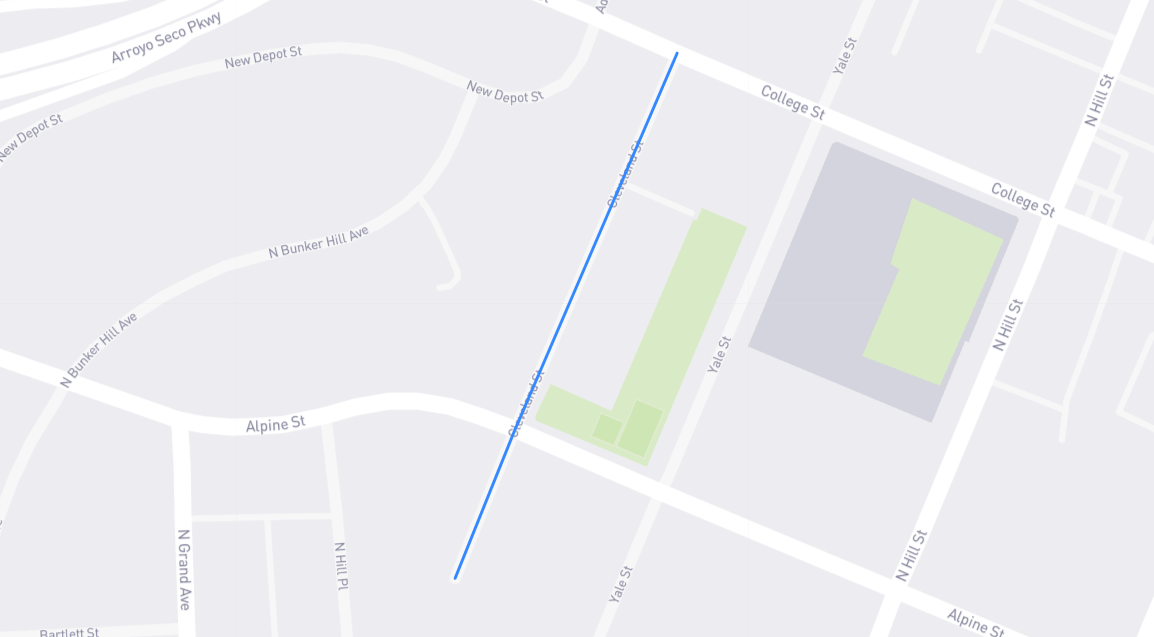