Hill Street was named (on Ord and Hutton’s 1849 map) long before the hill itself was. Developer and soon-to-be-mayor Prudent Beaudry finally dubbed the knoll Bunker Hill in 1873. The original stretch of Hill Street petered out just south of Second Street, as Bunker Hill was too, well, hilly to build on. (Beaudry would fix that too.) Today, of course, Hill goes all the way north into Chinatown. Back in L.A.’s early days, that was a separate street known as Calle del Toro: Bull Street. (Were there bullfights there? There were indeed, reportedly up until 1872.) It was rechristened Castelar Street in 1874, apparently for Spain’s then-president Emilio Castelar, though who knows why. The street kept the Castelar name all the way until 1960, when the City officially decreed it North Hill. 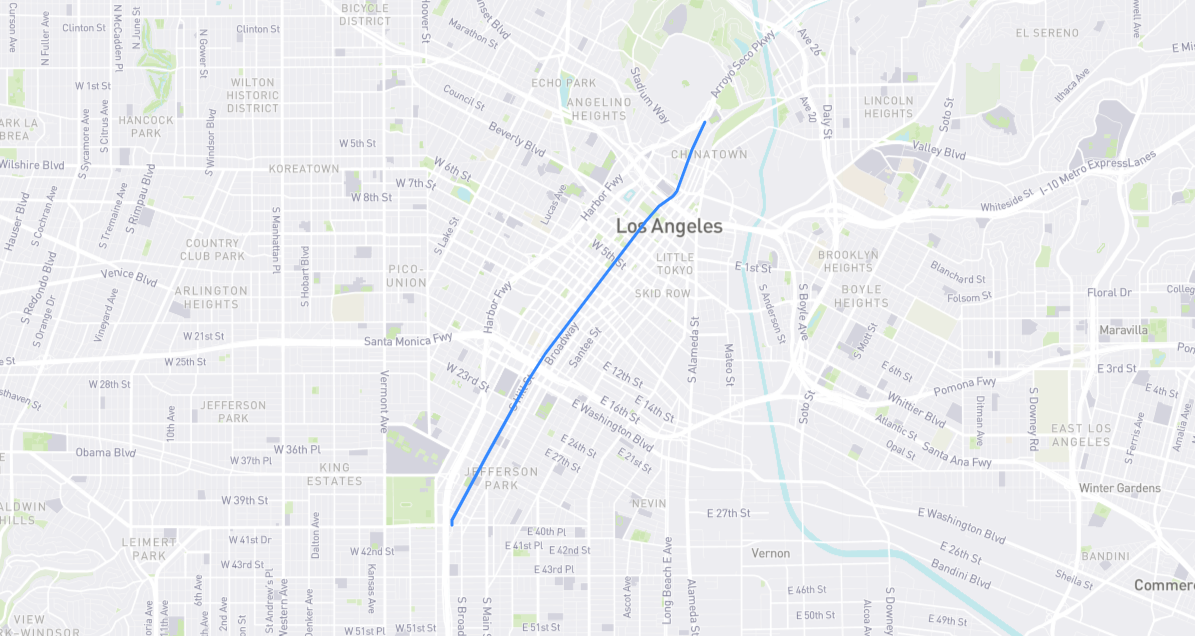