It’s a delightful origin story… and at least partly true. According to lore, Edward O.C. Ord, the Army engineer who surveyed Los Angeles in the summer of 1849, named this street in honor of Trinidad Ortega (1832-1903), a San Diego girl whose nickname was Primavera: “Spring”. She was the descendant of notable Californios – Pío Pico was an uncle – and was staying in L.A. at the time. Ord found her charming and chose her vernal sobriquet for the street. (Some say it was previously Calle de Caridad: Charity Street – a name once owned by another downtown thoroughfare – and originally Calle Cuidado: Caution Street.) The story is often embellished to include a romance, with “Primavera” being Eddie’s pet name for Trini. That part is surely hogwash, but the rest? It’s hard to tell. There’s no documentation from the era, but Trinidad Ortega de la Guerra (she married in 1853) was a real person and her daughter Josefa de la Guerra Savin (1860-1946) was guest of honor at a 1932 luncheon celebrating Spring Street’s long-overdue extension north of Temple. If Trinidad’s own offspring acknowledged her as the “Primavera” of DTLA, then who am I to disagree? By the way, the city of Santa Barbara, where Trinidad lived from 1853 onward, has its own Spring Street: it crosses both Ortega and De La Guerra streets. 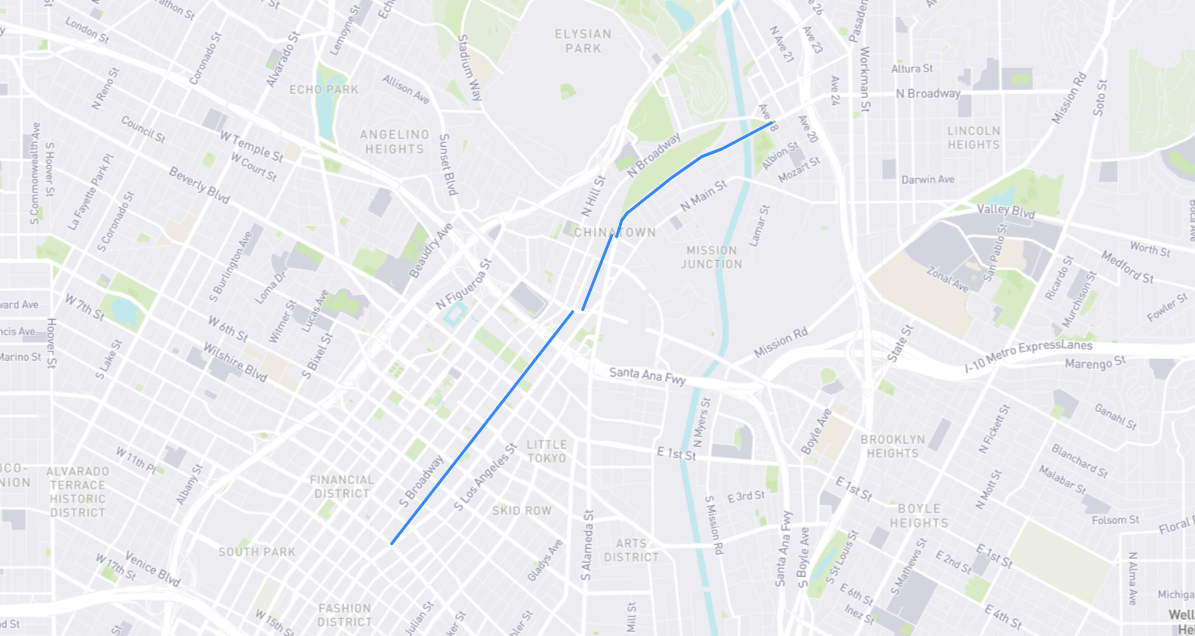