Landowner Thomas J. Cornish (1868-1958) was doubly Cornish: he was born in Cornwall, UK. Early details are few, but Cornish immigrated to New York, married Bessie McIntosh (c. 1870-1944), and had two sons with her: Fred and Willie. (Fred died in 1933 and was apparently homeless at the time; it’s unknown what happened to Willie.) They lived in Los Angeles around 1904-1908, then moved up to Bakersfield, where Cornish bought a bakery in 1909. Three years later, they purchased a South Whittier citrus grove as remote investment property. The bakery burned down in 1924 and the Cornishes were unable to sustain the business, so in 1926 they retired to their Whittier land – their house was addressed on Valley View Avenue – which Thomas sold in 1949 to subdivider E.J. Parker. Parker then named this street “Cornishcrest” to avoid conflicts with Cornish Avenue in Lynwood. 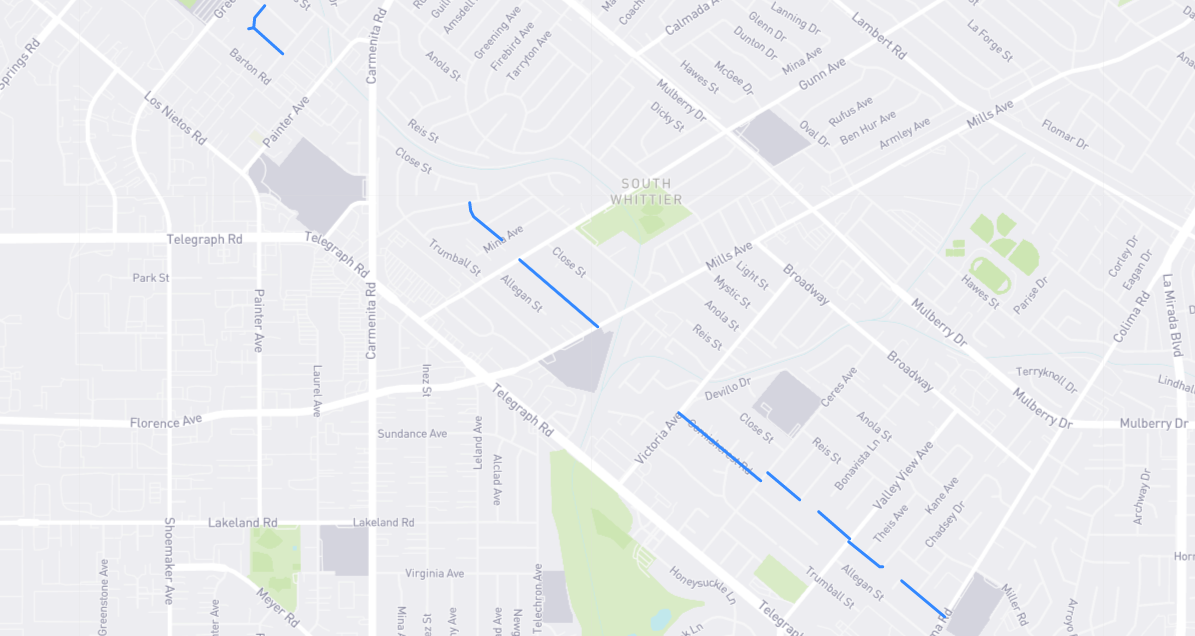