In 1925, realtors Constantine Francis Peter (1881-1961) and John H. Dunn Jr. (see Everett Drive) purchased 148 acres from Marshall Atwood and set up the Atwood Addition tract. De Wolfe Road takes the maiden name of Peter’s wife Minnie (1880-1955). Records vary, but Minnie Lynn DeWolfe was born in Wisconsin and married C.F. Peter, a first generation German American from St. Paul, MN, in 1909. After some time in Edmonton, Canada, the Peters came to SoCal in 1923, although it’s not clear if they actually lived in Newhall or simply told newspapers that they did to help tract sales. (They eventually wound up in Culver City.) The couple had one son, Ralph (1915-1959), who was a bit player in movies and TV under the name Ralph Peters. Indeed, somehow the surname “Peter” became “Peters” for the family as a whole. Minnie’s obituary claimed she acted as well, although I found no credits for her. She may have been an extra. 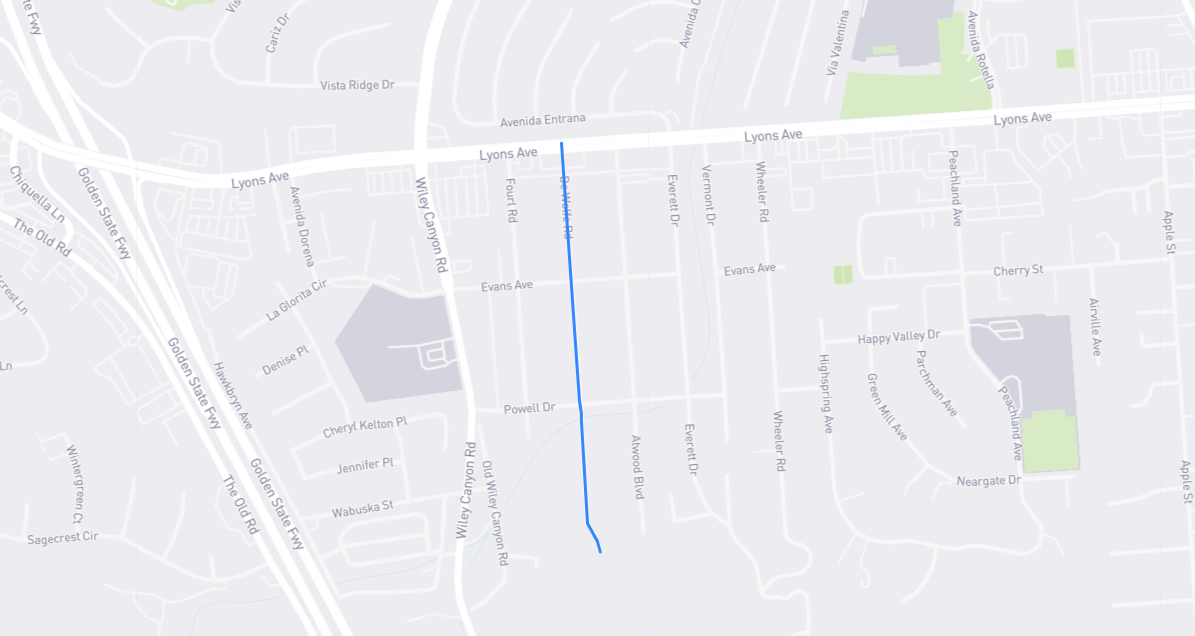