Marshall Wesley Atwood (1855-1937) was one of Newhall’s biggest landowners. Born in Illinois, Atwood lived for many years in Iowa with his wife Carrie and their three kids. There he became a real estate agent and got into the temperance movement. (For decades he would run, unsuccessfully, for various political offices as the Prohibitionist candidate.) The Atwoods came to SoCal around 1902. Although they would settle in Pasadena, Atwood – a friend of Newhall pioneer and fellow Prohibitionist Henry Clay Needham – invested heavily in Newhall in the 1910s, owning some 1,500 acres bounded by Wiley Canyon Road, Lyons Ave., Newhall Ave., and the railroad. He sold a chunk of his land in 1925 to C.F. Peter (see De Wolfe Road) and John H. Dunn Jr. (see Everett Drive), who then named their Atwood Addition tract – and this street – in his honor. The Atwoods’ daughters Flora and Amy each died in young adulthood; son Jesse Howell Atwood (1894-1972), a professor at Knox College in Illinois, spent his golden years in Newhall on old Atwood property. 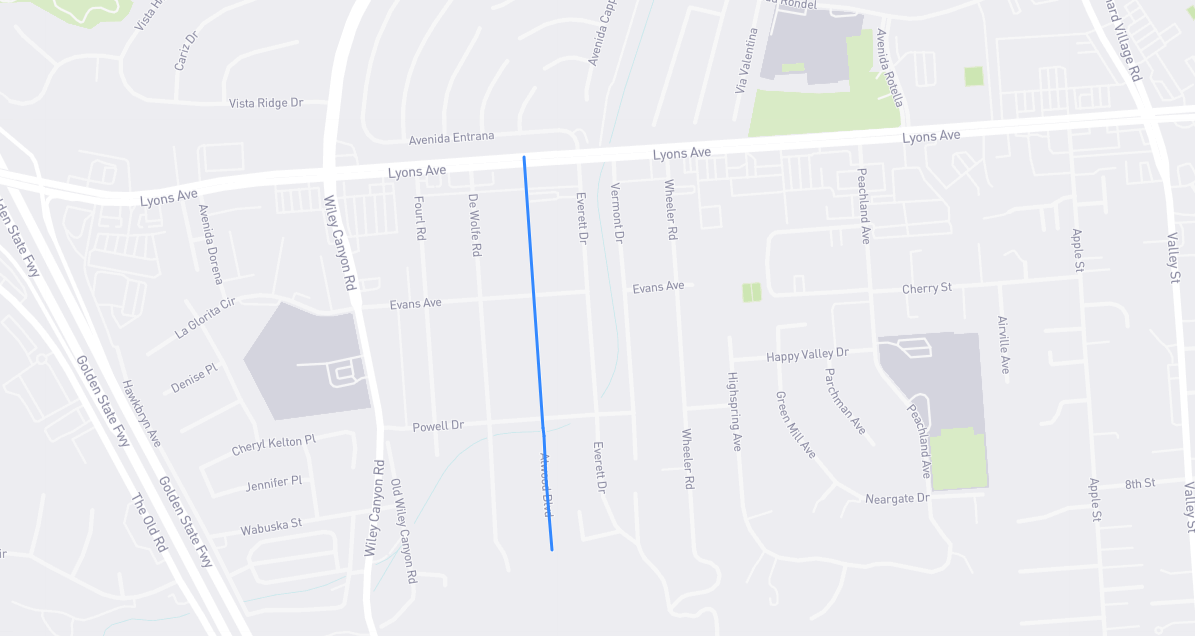