This is the last of three Malibu street names associated with the deButts family. (Murphy Way was formerly deButts Terrace; Winding Way erased Fauquier Road.) Delaplane was both the middle name of Edward deButts (1910-1972) and the name of the town he was born in: Delaplane, Fauquier County, VA. He and his wife Marianne Valentine deButts (1913-1987) came to Malibu in 1946 and bought an old WWII Army barracks for $3,000, making the 11 acre site their home and dubbing it “Squeaky Mesa”, after their fox terrier. The deButtses were symbols of Malibu’s rural past: Edward was a mail carrier and Marianne wrote a long-running column for the Malibu Times. Also called “Squeaky Mesa”, the column was actually begun by their young daughter Forrest (1946-). 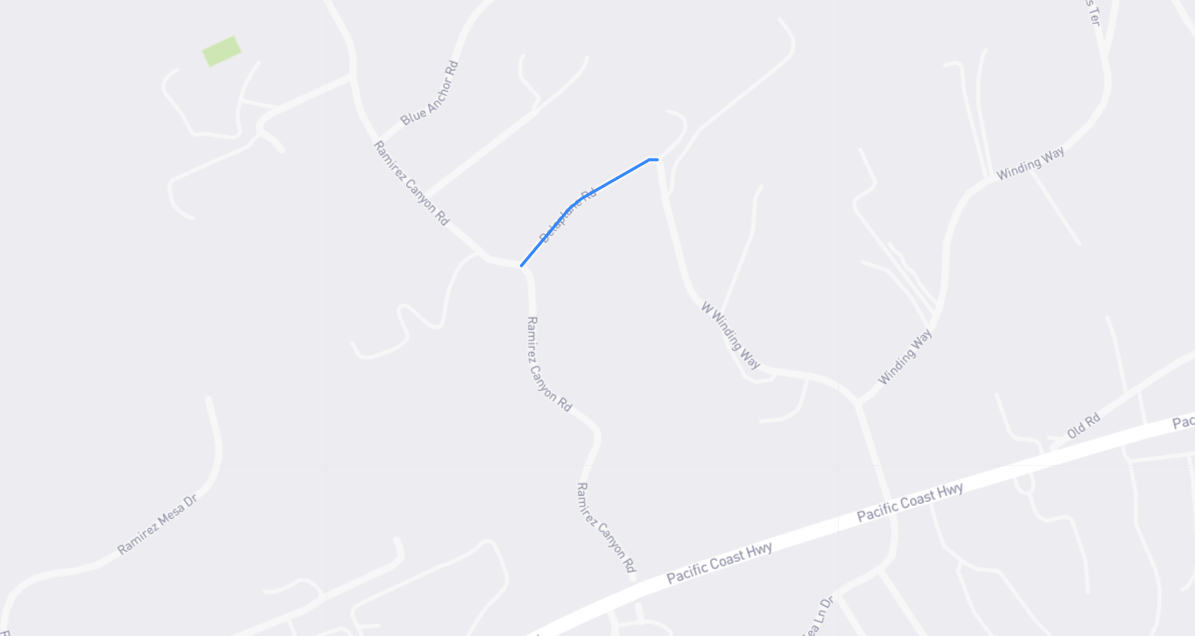