Malibu began as a 13,316 acre land grant called Rancho Topanga Malibu, with “Sequit” sometimes added at the end and even “Simi” occasionally included. While the source of “Sequit” is unclear, it’s accepted that Topanga, Malibu, and Simi were names of ancient Kizh (a.k.a. Tongva) and Chumash villages located in the area. Since these tribal peoples had no written language, old English and Spanish writers spelled Malibu’s name in all manner of ways: indeed, I found “Maligo” written more often than “Malibu” in 19th century publications. In the 1970s, linguists decided that the Chumash actually pronounced it “Humaliwo” and that it means “place of the wild surf”. How they came to these conclusions is beyond me. Regardless, Rancho Topanga Malibu was granted in 1805, while California was a Spanish colony, to soldier José Bartolomé Tapia. His widow Francisca sold the property to her granddaughter Merced and husband Leon Victor Prudhomme in 1848; Prudhomme sold it to Matthew “Don Mateo” Keller in 1857 (although several 1870s newspapers showed Tapia family members selling some of the rancho); Keller’s son Henry sold it to Frederick Rindge in 1892. Rindge’s heirs held on to Malibu for decades, then slowly sold and donated parcels of it through 1972. It may well be that some Rindges still own a little of it. 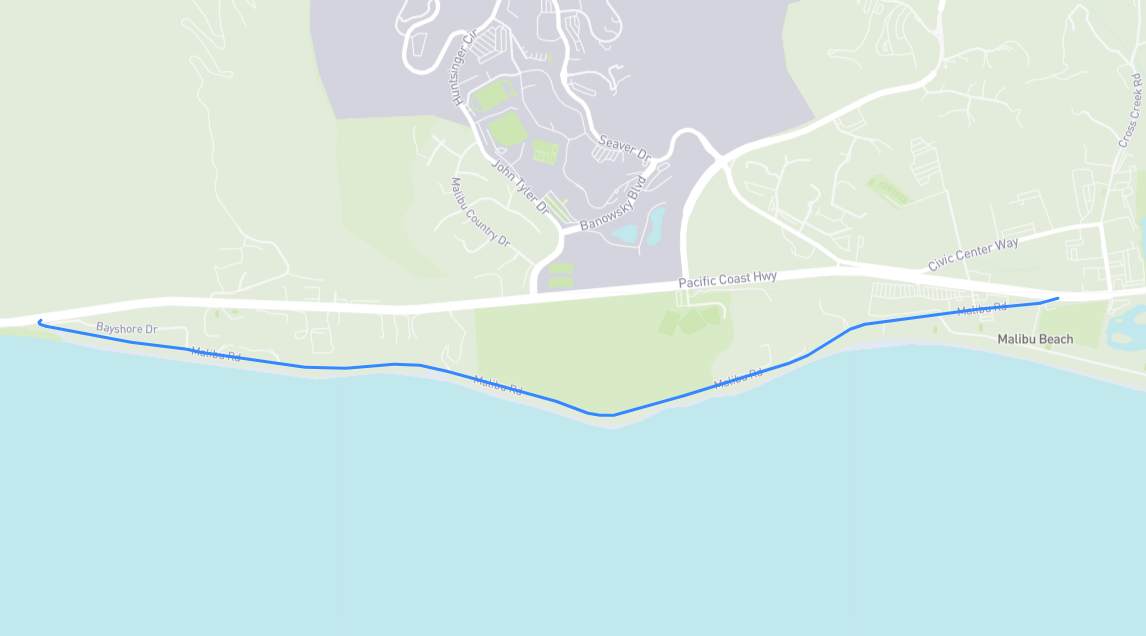