Winding though it may be, this street was apparently born with another name: Fauquier Road. That was for Fauquier County, Virginia, birthplace of Edward and Marianne deButts, cousins who later married and settled in Malibu in 1946. (Lady Fauquier was also the name of one of their cows; see Delaplane Road for more on the deButts family.) The long-gone Fauquier Road was mentioned during the kerfuffle over nearby deButts Terrace being renamed Murphy Way in 2006, but I haven’t found any earlier proof of its existence. It may have been an unofficial name. Regardless, Winding Way was named by 1959. 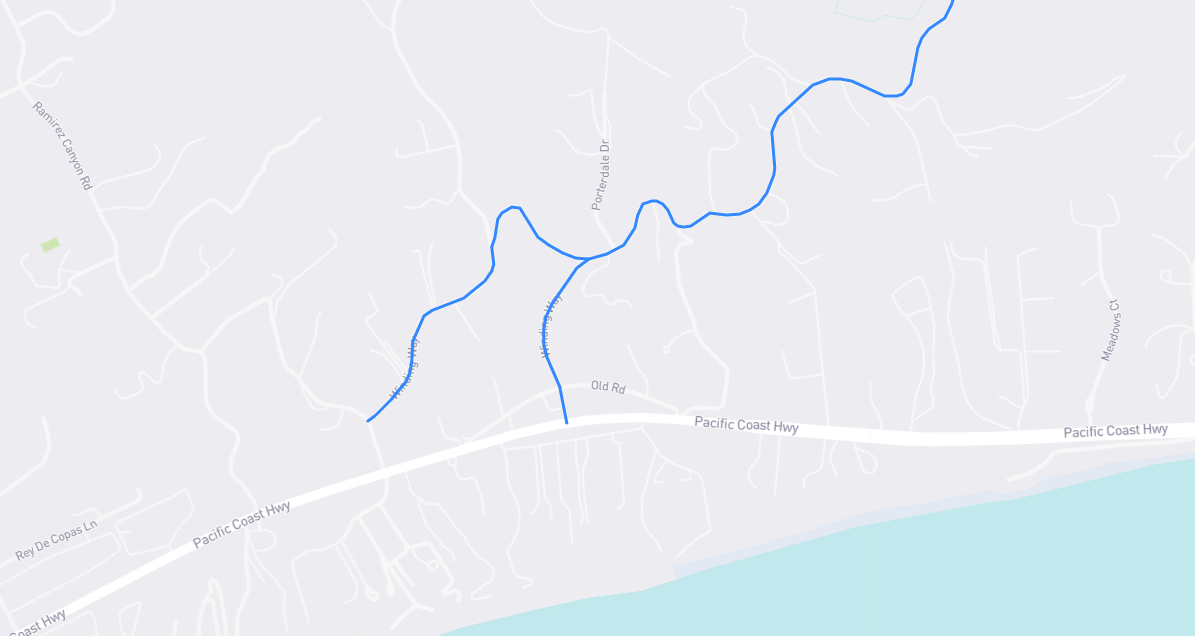