Bullwinkle fans will remember Edward Everett Horton (1886-1970) as the narrator of Fractured Fairy Tales, but the Brooklyn-born actor was a famous face during Hollywood’s Golden Age, playing supporting roles in classics like The Front Page, Top Hat, and Arsenic and Old Lace. Horton’s 18 acre ranch, whimsically dubbed “Belleigh Acres”, was located here on a former portion of Amestoy Avenue. Horton, who never married – more on that in a second – lived with his mother here on the ranch. Some famous friends would stay a while too: F. Scott Fitzgerald worked on The Last Tycoon in Horton’s guest house. It has also been claimed that Horton had a life partner, actor Gavin Gordon (1901-1983), who lived here as well. Of course neither thespian ever publicly addressed his sexuality, so we can only presume. At any rate, Horton was forced to relocate once the 101 freeway cut through his property. This cul-de-sac was named in his honor in 1968. 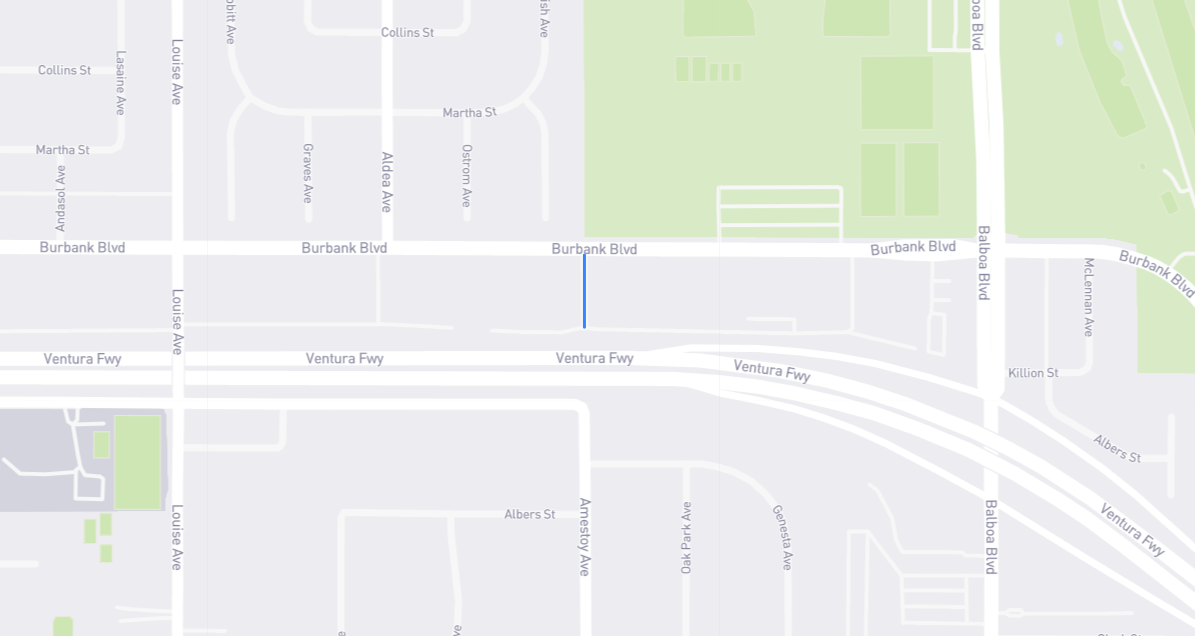